Russell John Tully had grown increasingly unhappy and socially isolated in the weeks before he biked to the Ashburton's Work and Income office, walked in and opened fire. 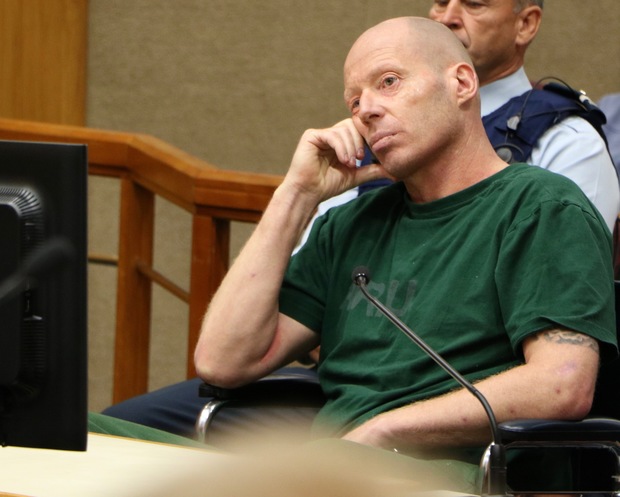 He was today found guilty of murdering Peggy Noble and Leigh Cleveland, and of the attempted murder of another case worker.

The verdicts followed a two-week trial which shed little on just who Tully is.

But what we do know is in the lead-up to that horrific day, Tully led an increasingly unhappy and socially isolated life.

Media reports show he spent time living in a tent in the Ashburton Domain before being moved on by the council.

Throughout the trial the court was told how he had turned down various attempts by Work and Income staff to put him into accommodation, and that he often slept rough by the Ashburton River.

Before the shooting Tully appeared in local newspaper The Ashburton Guardian outlining his homeless plight and said he had returned to Ashburton to die from a skin problem which he treated with peroxide.

He told the newspaper he grew up in Ashburton but moved to Australia to work on the mines, that both of his parents died when he was younger and that he had one sister.

However, an Ashburton resident who did not want to be named said Tully's mother was still alive and living in Christchurch but she was ill and bed-bound. 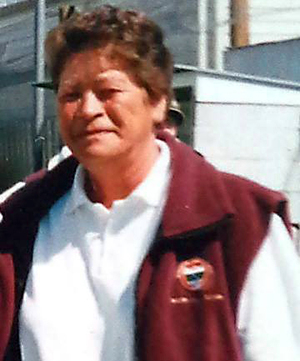 Family members of Ms Noble and Work and Income staff sat through the evidence but it seemed no one was in the gallery to support Tully.

The court heard in the weeks before the shooting Tully hired out a storage shed where he kept the few things he had. However, he had a falling out with the storage shed owner so picked up all of his possessions and dumped them.

The Crown said this, along with his perceived misgivings with Work and Income, pushed him over the edge.

Representing himself with help from friends of the court, Tully was absent for most of the trial and chose not to give a closing address.

On two separate occasions he was removed from the court after outbursts, one time asking why he had been brought into court.

"This morning you excused me to go and lie down because of my medical condition, right.

"Now you've brought me in front of counsel to prove a point, to say that I'm not fit to stand trial, that's what you're saying isn't it?"

"You need to give me my legal obligation, I want disclosure, I want medical help, I want a lawyer."

As Justice Mander directed him to be quiet, Tully yelled out "trial fixing by Judge Mander" seven times before being removed from the court. 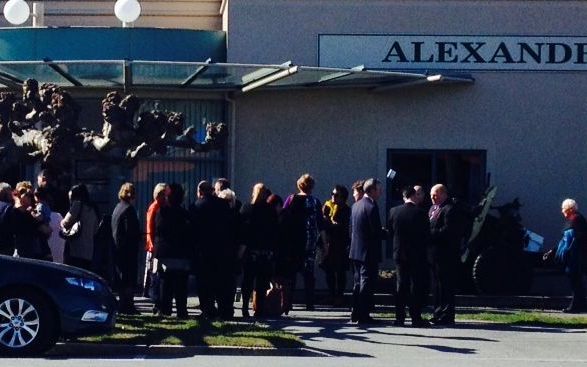 Work and Income employees gave evidence of why Tully had been served with a trespass notice banning him from the office just a month before the shooting.

Service centre manager Olivia Monk told the court she was advised when Tully moved to Ashburton in July 2014.

"The manager at the Rangiora office called me to let me know Mr Tully was moving to Ashburton because he had been difficult to deal with.

"He had contact with the office on most days, if not every day, and all of my staff members had dealt with him, some more than others," Ms Monk told the court.

Work and Income assistant manager Jamie Carrodus told the court Tully first became aggressive towards staff in August after he was told money given to him by Work and Income would have to be paid back.

"He said 'that's not what I agreed on' and that he wasn't paying it back. He ripped that piece of paper into small pieces and threw it," Carrodus told the court.

"He was very demanding and very manipulative to the staff. He would come into the centre telling us what he was entitled to or what he should be getting."

The court was told about how Tully was given $200 by Work and Income for a bike but got a quote for a $2000 bike, which was declined.

Tully also requested Work and Income pay for a mobility scooter, another request which was denied because he had no medical proof one was needed.