Frustrated patients are slamming the length of time people have to wait to get important blood tests over the weekend. 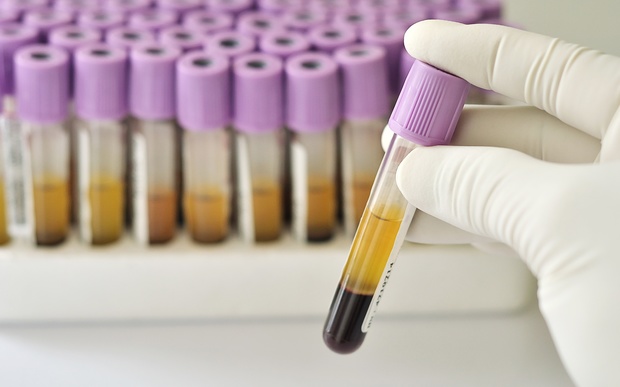 Labtests, the company contracted to provide blood-testing for Auckland's residents, has only one clinic open on Sundays for the whole region. It's in Mt Wellington, and open only from 8am-12pm.

But patients have described waiting over an hour to complete a test that takes only a few minutes, and one doctor says the system needs to change immediately.

Yvette Sanders has been for testing there five or six times in the past year as part of her fertility treatment. She has to go on a Sunday as part of her treatment plan and each time she goes, she has to wait up to an hour and a half.

There were people waiting outside the door and pregnant women sitting on the ground, she said.

"There's a wide range of people, male and female, and varying ages. There's an air of tension, especially when it's the sort of test that takes five or 10 minutes to complete and you're having to wait six times that length."

"We came from Mt Eden, we're not from this area, just because there's no other labs open. We don't have time on weekdays and even Saturday ones are only 8am-12pm, so it's really, really hard."

Moana Lindsay said the clinic she attended this past Sunday was packed.

"The first thought is my daughter (we're here for my daughter) and she was like 'oh, shoot'. Judging by what we've turned up to today, it's really, really busy."

Another patient, Mel Wang, spoke to some of Labtests staff about the long wait.

"I do feel pity for the staff. I just talked to one of the guys in there who did my blood and he said normally days like this would be 200 people. So 200 is average. Some days there would be more.

"I do see that there is a need that needs to be sorted out. One is not enough. We have a lot of Labtests around Auckland. I don't see why they can't have more [on Sundays]."

He was astounded that there was only one clinic open on Sundays to test them all.

"I'm staggered that that's been allowed to happen. It is amazing that we could think that patients from west Auckland, for example, can drive out. Bearing in mind, the sort of tests that you want to do acutely on the weekend are important.

"I think what will happen is that patients will just say 'oh to hell with this' and turn up at ED. Is that what we want?"

According to Labtests' website, there are more than 50 collection centres throughout Auckland.

Its website says it puts patients first, and its values state the company seeks to exceed expectations and come up with ways to improve its service.

Auckland District Health Board, which contracts the company to provide certain testing, referred queries about their service to Labtests.