The second round of the flag referendum kicks off today with the current flag facing off against the alternative silver fern option.

But students at Wellington's Cardinal McKeefry Primary School have had a head start on the rest of the population. 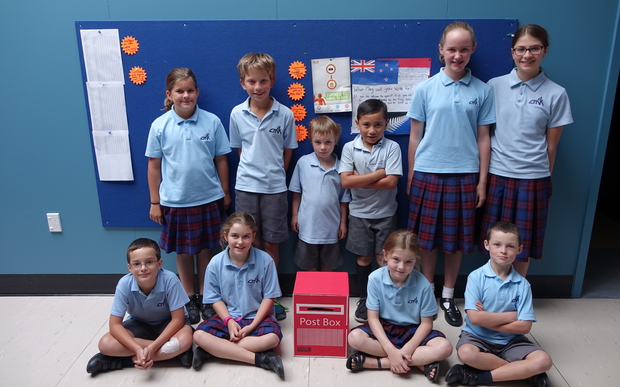 In their mock referendum this, there was a clear winner,

The Wilton school's student body voted 58-30 in favour of changing the flag.

Principal Tania Savage said the referendum prompted much discussion at home as well as in the classroom.

"My hope is that after taking part in this they really get to understand that if they have their say, something might change."

But Ms Savage said some of the kids were having a hard time understanding why their votes do not count in the real referendum.

"Some of them find that quite unfair."

Eva Yabarra, 7, voted to change the flag because it is different.

"If we kept the old one all the time it would be a bit boring."

She liked the colours and design of the alternative flag.

But Austin Kilvington, 6, did not agree.

"I voted for the old flag. It could use some cleaning, but we can still use it though."

Some of the older students ran the referendum, there were election officers, an electoral roll, rules about not campaigning on voting day, and 'special' votes for those who were sick on the day.

Laura Jones, 12, said she voted for the current flag because she did not like the alternative design.

"I prefer to have the Union Jack because we're part of the Commonwealth and it shows history."

Students also liked the current flag because it had served for more than 100 years, while others thought the new one would be easier to draw.

The school's referendum was run with materials provided by the Electoral Commission as part of the Flag Consideration Project.

Voting opens today in the second referendum and runs until March 24.

To vote you must be 18-years-old or older and registered to vote.

It is a postal referendum and ballot papers are due to arrive from today. The option that gets the most votes will be the official New Zealand flag.