Prime Minister John Key has warned if people vote against changing the flag they will not get another chance until New Zealand becomes a republic.

Voting papers for the referendum on the New Zealand flag will be posted out this week. 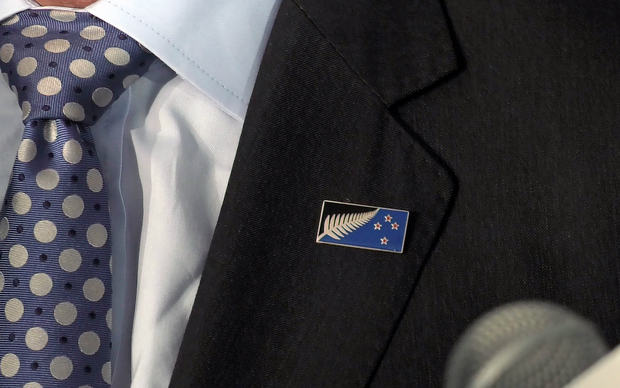 Mr Key said if the alternative flag was rejected in the postal referendum, which starts on Thursday, a few months from now people would regret it.

"If they don't vote for change now, they'll never get another chance until we become a republic.

"Personally I don't think that's going to happen within my lifetime, because I think the young royals who are coming through are much-loved - and, actually, the royal family has done a very good job of cementing themselves as our constitutional head of state."

A leading pro-republic campaigner, Lewis Holden, agreed with Mr Key that it was the last chance to change the flag unless New Zealand became a republic.

But, he said, right now people should just be thinking about whether they wanted a new flag.

"The two issues are linked in the sense that they're about national identity but I think with this flag referendum as well, we have to consider that it's really better that these two issues are kept separate rather than trying to deal with both of them at once."

Mr Key said while opinion polls revealed stronger support for the current flag, in the National Party's own internal polling under half of respondents wanted to keep it.

He dismissed suggestions it would be a personal loss for him if people voted against changing the flag but said it did appear most Labour supporters were going to vote for the current flag along political lines.

"They'll wake up in a few months' time and they'll realise what a terrible mistake they made, because it's not going to make a blind bit of difference to me.

While he personally supported the alternative design, the decision wasn't up to him.

"The point here isn't for me to get a flag I want. I'm simply one vote out of the millions of people who may potentially vote. The whole purpose of this was to give New Zealanders the chance to decide which flag they think represents them best going forward."

The royal family had nothing to do with changing the flag, he said.

"It sounds like he's panicking. He's actually using sort of fear tactics, saying 'this is your last chance if you don't change the flag'," Mr Peters said.

"But you know, when you're running with a fetish of a change and the people don't agree with you, including half the people in your political party, then you're on a hiding to nothing frankly."

The official voting period starts on Thursday and ends on 24 March.