A bitter row between the Canterbury District Health Board (CDHB) and the Health Ministry has taken a new turn, with a doctor making a formal complaint against a senior ministry official. 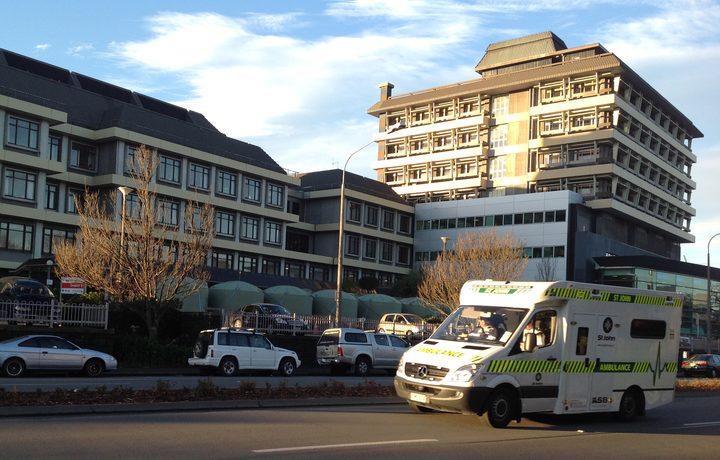 The ministry has called in a lawyer to speak to the doctor, intensive care specialist Geoff Shaw.

Dr Shaw, the deputy chair of the DHB's clinical board and a member of the Canterbury Hospital Medical Staff Association, complained about comments said to have been made by the acting director of the National Health Board, Michael Hundleby, at a meeting in August last year.

Documents obtained by RNZ News, including a transcript of recorded comments made at the meeting, show that, during a wide-ranging conversation, Mr Hundleby insisted he had not received any information that the Christchurch Hospital Emergency Department (ED) was under funding pressure.

Doctors at the meeting said they had been signalling it for 18 months, and other documents from both the DHB and the ministry also show demand on the ED was raised in February last year in the context of wider financial pressures on the DHB since the earthquakes of 2010 and 2011.

'This team is operating at capacity'

In a report in April last year, Canterbury DHB chief executive David Meates discussed the inadequacies of the government's Population-Based Funding (PBF) Formula and other measures, such as the Household Labour Force Survey, for calculating the pressures on the local health system.

Mr Meates estimated overseas visitors eligible to use health services had cost the DHB approximately $8.5 million more than it was funded for, and that presentations to the emergency department had grown rapidly.

"Unfortunately, this team is operating at capacity, meaning it cannot expand further to meet the growing need without a step-change in resourcing (recommended in an external review in January 2015)."

He said the ministry put the increase in cost for ED volumes at $2.2m and that "we should be able to manage this additional expenditure within our PBF (we note you have suggested the same response for the $4.5m required to meet the needs of our population for mental health services)".

He continued: "In a 'business as usual' situation we agree it would be reasonable to manage the natural variation in costs, however the $2.2m has to be seen in the context of the following additional direct costs ..."

These amounted to $44m in additional costs in the last financial year that were directly related to the quake, and were partly offset by deficit funding of the DHB, of $12.5m, but there was still a "substantial gap".

Mr Meates told the National Health Board: "I am reluctant to invest further time and resource in meetings to provide evidence of the issues we face for your team to spend a number of weeks seeking to refute our evidence by focusing on selective parts of the information provided and reviewing on a line-by-line basis out of the context of a whole system."

In his complaint, Dr Shaw said the meeting on 3 August 2015 was recorded so there could be no misinterpretation of the discussion.

Mr Hundleby's comments were "disingenuous and misleading given all the information provided by the CDHB to the MOH [Ministry of Health]. What was most disturbing (as you will see from the transcript) was how Michael Hundleby was trying to obfuscate many questions put him by SMOs [senior medical officers]; many of his responses simply did not make sense."

The ministry confirmed to RNZ News that it had received a complaint on behalf of Dr Shaw. It had engaged an independent lawyer to "establish the facts surrounding the complaint" and had no timeframe for the work, it said.

The Association of Salaried Medical Specialists, however, said Dr Shaw had been under pressure to meet with the ministry lawyer early this week, which was inappropriate for a busy clinician, who needed legal representation in such a situation.

The association's executive director, Ian Powell, said he believed the State Services Commission had declined to investigate and now the "ministry is seeking to rush through an investigation in a most untimely and unfortunate manner".

Mr Powell said he believed the ministry wanted to give "a clear bill of health to one of the persons who may well be appointed" in a ministry restructure to be announced next week.