The government is giving the Canterbury District Health Board (CDHB) $16 million so it can balance its books this financial year. 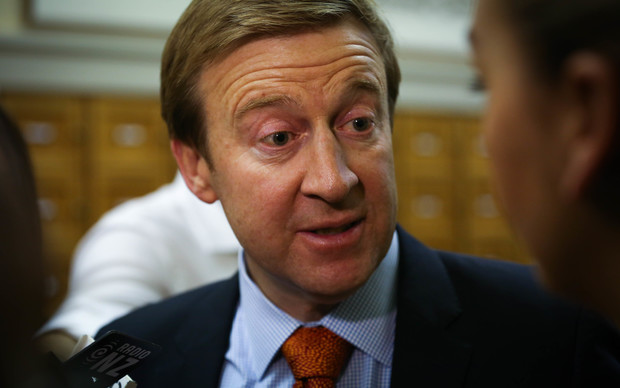 The Ministry of Health announced a review of the board's finances in June, due to concerns from Health Minister Jonathan Coleman about a forecast $18 million deficit for the current financial year.

Dr Coleman has announced that the government will cover the deficit with an additional $16m in funding.

He said a detailed business case was almost complete, which would forecast future financial costs for the board and ensure it was performing to budget.

"As [CDHB chief executive] David Meates said a few weeks ago, there isn't a crisis in healthcare here," he said.

He said Canterbury had responded to unique challenges as a result of the earthquakes.

"People working in the health system in Canterbury have done a great job - they have continued to provide high quality health care even with dealing with their own issues."

The minister had commissioned a PwC report to specifically look at both the expenditure and revenue side of the CDHB.

The report is yet to be released, but it showed that the financial situation in the region was stable, he said.

"I'm confident there is nothing in the report that will concern the public, my view as Health Minister is that I have to listen to the people doing the clinical work, and that is what has been done, and that is why we have allocated this funding."

"In saying that, we've yet to meet a problem we can't collectively find a solution for.

"Our underlying financial performance is strong and the organisation is in good heart and we look forward to working with the ministry to ensure everyone has clarity and we can move ahead with clear expectations and a solid financial future."

Mr Cleverley sent the funding announcement to the board last night, but had not had any reaction from board members, he said.

"At the end of the day, it is obvious the minister is listening to us, we have a unique situation here and sometimes I think the rest of the country has forgotten what has happened in Canterbury."

Dr Coleman has ruled out appointing a commissioner to manage the district health board.

In June, a commissioner was appointed to manage the Southern DHB because of its poor financial performance.

Mr Meates, meanwhile, said the CDHB's $220m Burwood Hospital development was on track to be open by May next year.

"It is a huge facility, it is a rehab facility, it will enable us to shift services from earthquake-damaged Princess Margaret Hospital to Burwood."

When complete, the campus will have over 30,000 sqaure metres of new buildings, 230 new inpatient beds and an extended radiology department.