Debris is being mopped up in parts of the Nelson region heaviest hit by overnight rain and strong winds, and authorities say the area was lucky to escape a worse situation. 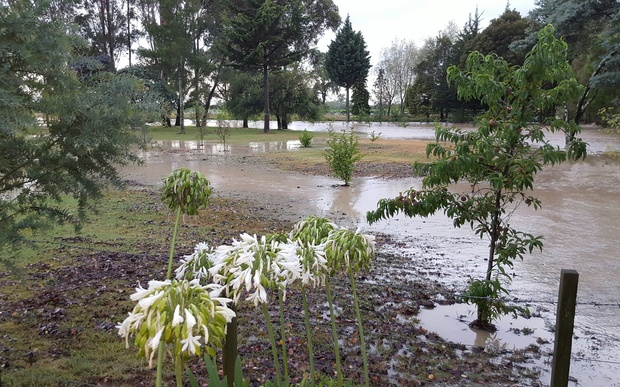 Flooding at a Brightwater property after the Wairoa River breached its banks. Photo: RNZ / Tracy Neal

The heavy rain that caused localised flooding in parts of Nelson city, the Waimea Plains and in Golden Bay, was at its worst last night and in some parts of the region half a metre of rain fell.

Nelson Tasman civil defence emergency management duty officer Joe Kennedy said the weather situation had eased and the clearing of trees blown down in Richmond, Motueka and in Golden Bay had begun.

He said the Paradise rain gauge on the hills behind Takaka showed 528mm of rain fell overnight, but the region seemed to have come out 'all clear'.

"We have contractors and council personnel out on the ground checking roads and rivers, and there are a few issues, but nothing to be overly concerned about at this time."

Police said a couple and baby who were rescued from a vehicle stranded in the Waimea River today were out viewing the rising flood water when they got caught.

A Defence Force helicopter was called in to rescue two tourists who were trapped near a remote beach at Farewell Spit during the weather.

Police said the pair were trapped by an incoming tide off Wharariki Beach and owe their lives to the rescue teams working in atrocious conditions. 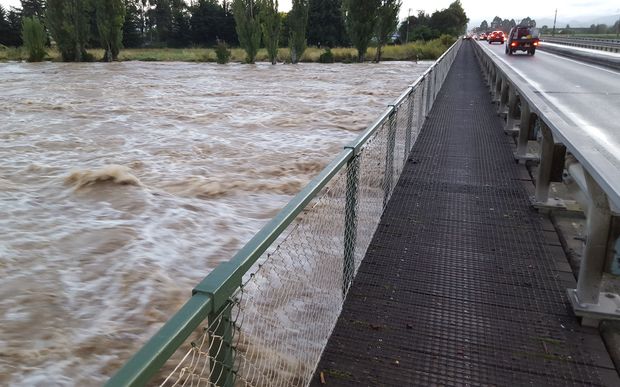 Local Civil Defence spokesperson Roger Ball earlier told Morning Report it was a one-in-25-years flood at the Wairoa River, and police had knocked on doors to warn residents overnight.

"We did have police having to go knock on a few doors last night just to start talking to a few residents there. We had a few nervous moments."

Fire crews were called in to deal with two flooded homes in central Nelson in the early hours of this morning.

Maitai Road has been closed at Ralphine Way due to flooding risk from the Maitai River, and water is across SH6 at Brightwater Bridge.

On the positive side, the Tasman District Council has now lifted water restrictions that were re-imposed this week. 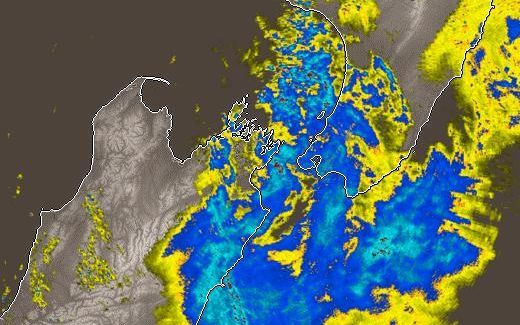 In Kaikoura, strong winds caused roofs to come off some sheds and properties last night.

There were also callouts for flooding in Alexandra. 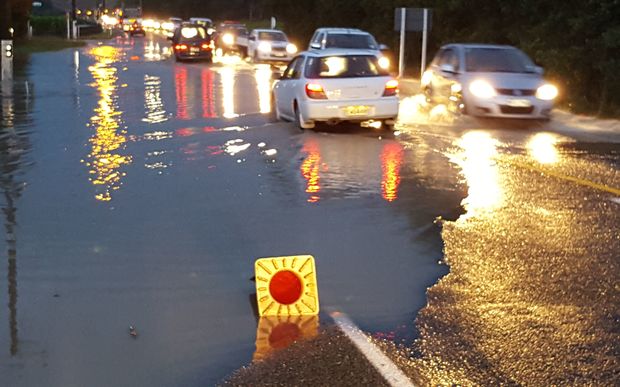 Floodwaters on the approach to Brightwater Bridge this morning. Photo: RNZ / Tracy Neal