Auckland Mayoral candidate Phil Goff is promising to prioritise light rail if he is elected. 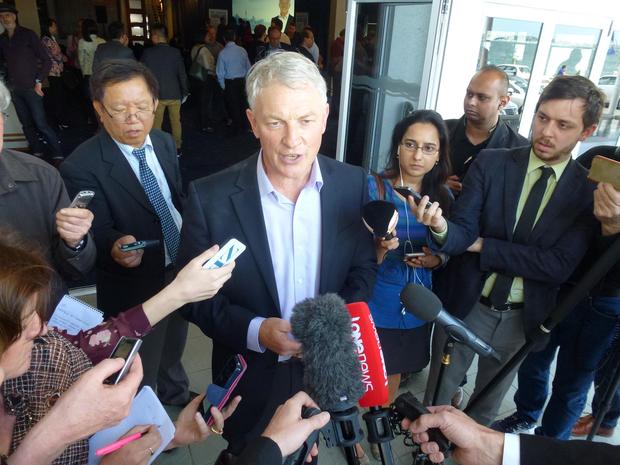 Phil Goff talking to media after confirming he would run for the Auckland mayoralty. Photo: RNZ / Todd Niall

It is Mr Goff's first firm policy commitment during the election campaign, and comes ahead of the first mayoral candidate debate this evening.

Mr Goff, who is a long-time Labour Party politician and the current MP for Mt Roskill, said light rail would dramatically increase public transport capacity and would reduce pollution because it was electric.

A line from the Wynyard Quarter, up Queen Street, Symonds Street and down Dominion Road was a priority.

However, funding was a major challenge and some form of road charging would be necessary, both to raise revenue and to encourage change of travel modes, Mr Goff said.

He would also be a strong advocate for central government meeting a greater share of the costs growth was imposing on Auckland, he said.