Construction of a light rail network that could cost more than $1 billion could get under way in Auckland within a year - if the city's transport agency and council give it the green light.

The pace of the project's evolution is unprecedented and challenges traditional decision-making on major projects.

Auckland Transport hopes to decide by late March whether light rail is the best option to serve the central suburbs, where it said key bus routes are already congested.

The network being investigated travels along major arterial routes, such as Dominion, Sandringham, Manukau and Mount Eden roads, and covers more than 30 kms.

Auckland Transport chairman Dr Lester Levy said light rail could move three times as many passengers as bus, but he would not put a figure on what it might cost.

"The costs are not insignificant," he said. "But for that kind of solution, it's a very cost effective way of moving forward.

"This is being demonstrated by the way light rail is being picked up in many countries, and quite close to home such as Sydney, the Gold Coast and Canberra."

Radio New Zealand understands the cost could range between $1 billion and $2 billion, but would be staged if the project did get the go-ahead.

Dr Levy said finance would come from the private sector, and could be structured so there would be no payments needed during the early years of the project.

The announcement that light rail is being considered has been brought forward to today when the agency releases its draft Regional Land Transport Plan - which comes out every three years.

It believes without flagging the investigation of light rail in today's plan, it would have to be parked for another three years.

While the agency's media release said its board was calling for an investigation into a light rail network, considerable work has already been done.

Since September last year Auckland Transport has spent $2.2 million on external contractors working on the second stage of the 'Central City Future Access Study', which looks at how bus services or light rail can move through the CBD. 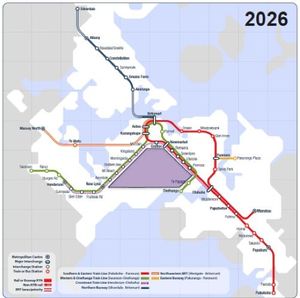 The emergence of light rail as a possible solution, just months before the agency may decide whether to commit to it, has ruffled the feathers of some councillors, who were given a short email outline only yesterday.

The announcement this morning also risks overshadowing the mayor's launch of public consultation on the council's 10 year budget, or Long Term Plan.

The most contentious element is the possibility of higher rates and fuel taxes, or motorway charges, to fund a list of otherwise unaffordable transport projects.

Len Brown said he was relaxed about the agency floating the idea publicly today, but non-committal about its chances of starting construction within a year.

"This is a proposal, it is not funded", said Mr Brown.

"Even if it's a public private partnership, it still needs to be paid for, and that means we still have to weigh it up against any other project."

Mr Brown told Morning Report while there was a future for light rail in Auckland the council's first prority was to build the $2.3 billion City Rail Link.

Dr Levy believed private sector funding with delayed repayments could enhance the prospects of an early start, as it would not require council money in the near future.

Light rail has the support of many public transport advocates, and the Green Party.

However the sudden emergence of a project of this scale, poses political challenges.

Councillors are already divided on the need for and funding of an existing list of transport projects.

Auckland councillor George Wood doubted a possible Light Rail network in the central city would happen in the near future.

Mr Wood said councillors had been taken by surprise by the city's transport agency announcing it could decide within months whether the case for Light Rail stacked up.

Mr Wood said the city already had more transport projects than it could fund, and was committed to the City Rail Link as its top priority.

"That's a big ticket item which Auckland council is struggling to fund that and all the other transport projects over the next 10 years, so I don't know how we can divert away and start looking at light rail."

Green Party transport spokesperson Julie Anne Genter said the Government should back the idea, but taking councillors by surprise might be a problem.

"I do think there is a threat that if they haven't gone through an open process from the beginning that it will be harder to get buy-in from the community and potentially the plans will fall over.

"I think light rail is a really exciting vision for Auckland and I think that Aucklanders are really going to like that possibility." 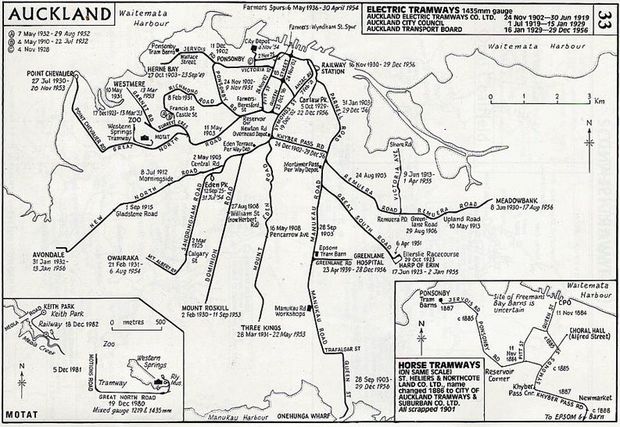