A man seriously burned when his digger caught fire in Wellington is the creator of the capital's quirky Carlucci Land. 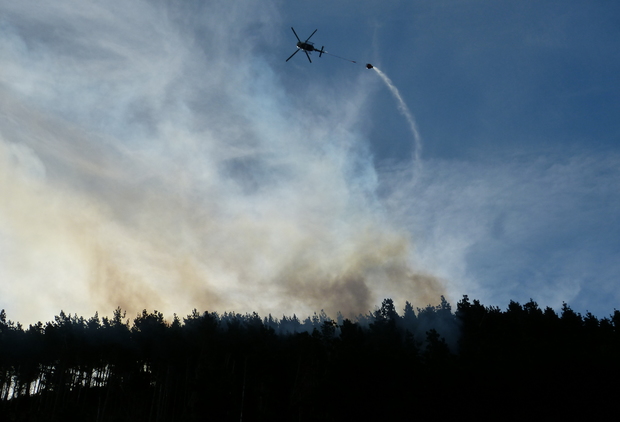 A helicopter dumps a monsoon bucket on the blaze in Owhiro Bay. Photo: RNZ / Maja Burry

Carl Gifford, former mayoral candidate and founder of the sculpture park and mini-golf course on the city's south coast, was seriously injured when one of the digger's hydraulic hoses ruptured, igniting the blaze.

The fire unfolded on a forestry block on land above the golf course, and the surrounding hills were blanketed in thick smoke. It happened at rush hour, disrupting traffic on Happy Valley Road in Owhiro Bay. 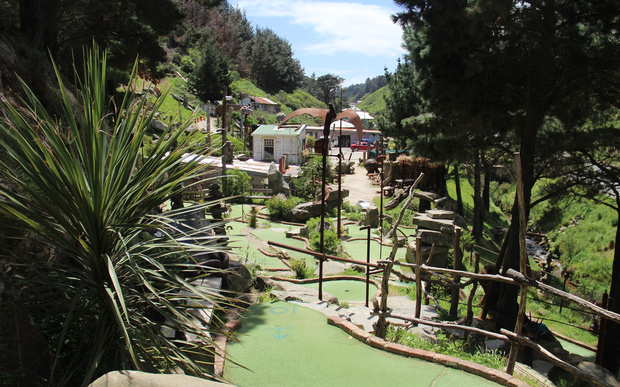 Helicopters with monsoon buckets and dozens of firefighters spent hours trying to control the flames, which sent plumes of smoke into the air.

Assistant area commander Paul Smith said the flames, visible from the road below, were so high they reached the top of the trees.

"We got a call to a digger on fire as a result of a hydraulic explosion of some sort. We arrived to find that the fire had actually spread into the surrounding vegetation and pine trees.

"They were showing from the top of the trees and that was what raised the concern levels for us to respond [with] helicopters."

One house with about 20 people inside was evacuated as a precaution but the house was far enough down that it was not under any great threat, he said. 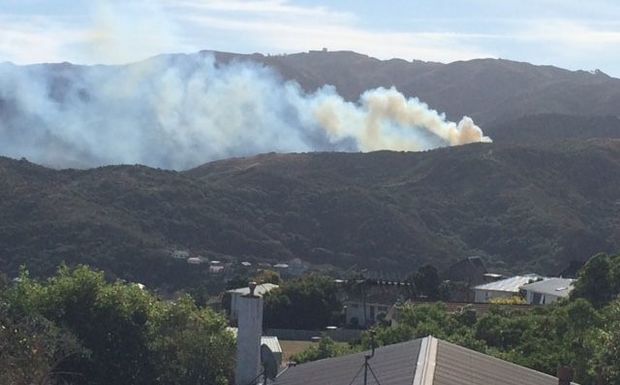 High plumes of smoke were visible from the roads below the hills. Photo: RNZ / Caitlin Cherry 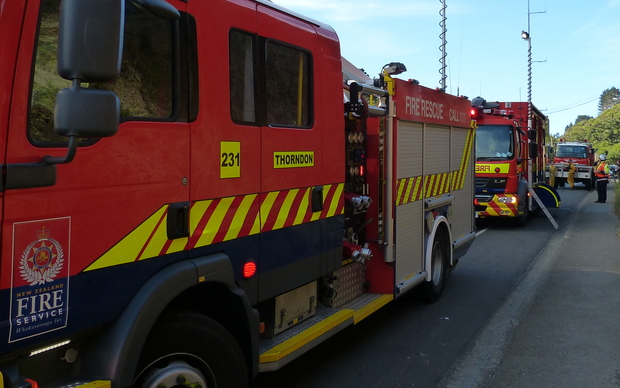 Mr Smith said Mr Gifford was taken to Wellington Hospital then transferred to Hutt Hospital to be treated for burns.

Friend tells of moments after fire broke out

The owner of the land where the fire broke out, David Hindmarsh, is a long-time friend of Mr Gifford's.

Mr Hindmarsh said his mate was clearing a fire break when the digger ignited, and had called him immediately after alerting 111.

"He managed to make the call. That's when I got a call, he rung me to say that there was a fire... and that's when it exploded.

"He came down just with his trousers on. He was all burned."

Firefighters managed to contain the blaze last night but said it could take days to fully extinguish.