People eager to start climbing the property ladder in Wellington are likely to face a tough time, a property valuer says.

The latest figures from valuation company QV show property values in the capital are rising the fastest in about 9 years. 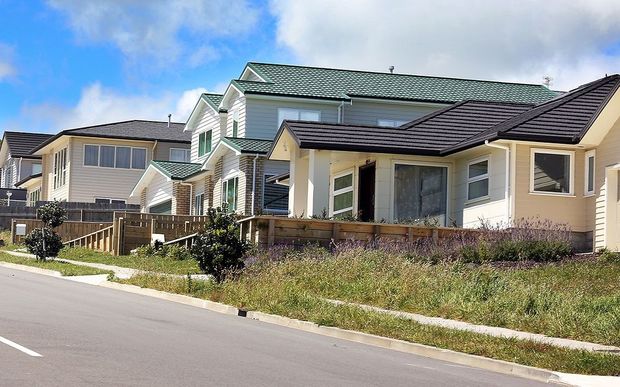 House values in the greater Wellington region have risen close to 5 percent over the past three months. Photo: RNZ / Diego Opatowski

House values in the greater Wellington region have risen close to 5 percent over the past three months alone, with a house now coming with an average price tag of $483,000.

Buyers wanting to live in the central city will need about $580,000.

"Investors now need a 30 percent deposit in the Auckland region. We're just seeing them sort of looking everywhere else in the country. Wellington has quite good returns. So it seems to be popular at the moment," she said.

But Mike Chung, from Leaders Real Estate, said the majority of his clients were from Wellington.

"Tauranga's basically becoming quite popular for people who live in Auckland, their prices have been going up. I really haven't seen that many Aucklanders buying property here. I still think it's mainly Wellingtonians."

Mr Chung said he had seen an influx of young couples looking to buy their first home, and had often seen older people searching for homes more suitable for them.

He said a shortage of houses in the entire region was pushing up values, prompting potential buyers to look further afield, to outer suburbs or areas like the Hutt Valley or Porirua.

"In areas such as Miramar, Lyall Bay, Kilbirnie, those areas are basically getting incredible prices these days. So, to be honest, if you've even got half a million dollars in those areas, it's going to be very difficult for you to buy a property here.

"What I've noticed is, I was working for a lot of buyers, and they've just said to me 'look we've ended up having to buy further away'."

QV homevalue Wellington valuer Pieter Geill said values in Lower Hutt, Upper Hutt and Porirua had gone up by about 4 percent and had also increased in the Kapiti Coast.

He said, even in areas previously considered affordable, the values were rapidly rising.

"When you look at the lower-value suburbs, you could highlight Naenae, Taita, parts of Porirua, Wainuiomata, Stokes Valley, they're all experiencing high demand as well and a shortage of properties. So while they're still affordable, values seem to be moving there more quickly right now."

Mr Geill said it was slim pickings for buyers with listing levels about half what they were at the same time last year.

He said many first-home buyers were trying to take advantage of the low interest rates but if they wanted to get up that property ladder, they needed to get in quick.