The fence at the centre of a protracted wrangle in the Wellington suburb of Roseneath has been partially taken down. 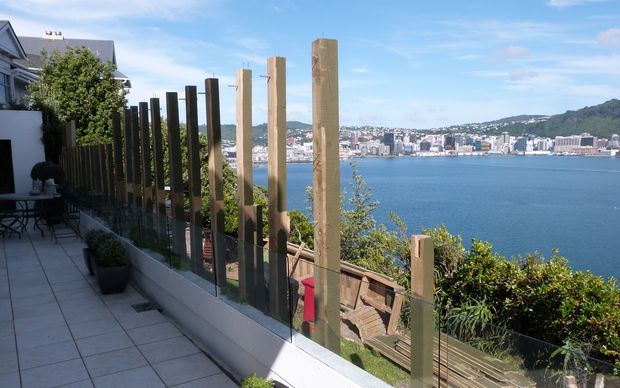 The dispute began when David Walmsley built a four-metre high fence on the slope above his house, blocking the view of neighbours Peter and Sylvia Aitchison.

Removal of the fence has now begun after the Environment Court last month ordered Mr Walmsley to take it down within one month.

Mr Aitchison objected to the fence spoiling his harbour view and said he is delighted that the work has started to take it down.

"We feel as though our view has been returned to us, it's like having something that's valuable to you and having been taken away it's been given back so we're delighted."

Mr Aitchison said the fence wiped about $1 million of value off his property and the long legal wrangle was worth it.

"You've got to defend your position and as it was it was illegal anyway so we had to go through the court process to prove that point."

Mr Aitchison said he bought the house with expansive views, but with the wall built in front of it there was no more view, and very little sunlight, making it so claustrophobic the couple had left town to get away from it.

"I know that my wife in particular has got very stressed, you know if we lived there for two or three days then she would get upset. We luckily have a house out of town so we escaped and now that we hear it's down we'll be back in Wellington soon."

However, Wellington City Council, is seeking to continue the appeal started by Mr Walmsley against an Environment Court ruling that the structure was not permitted, even though he himself has withdrawn from it.

Mr Aitchison said he did not know whether this would affect him but it was very disappointing.

"We just don't know when it's going to end - but at least we have the fence down."