A woman was treated with contempt when she asked Wellington Hospital for help after suspecting her drink had been spiked, she says. 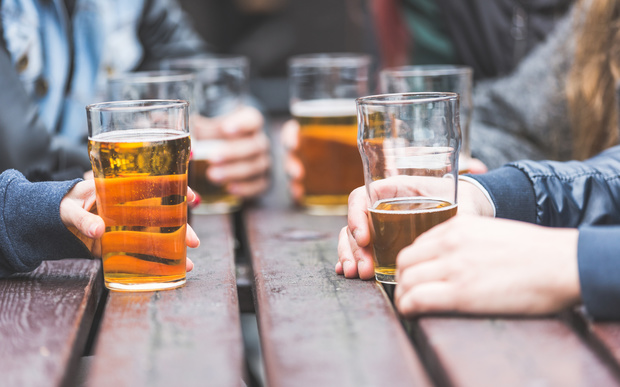 A woman's welfare group says it is difficult to gauge how widespread drink spiking is in New Zealand. Photo: 123RF

After three beers at work last Friday, the 20-something woman, who did not want to be named, headed to a nearby pub with co-workers for a couple more.

The drinks were bought in rounds by other people and at one point she left her glass on the table while she went to the toilet.

Soon after, she began feeling weird.

"I became hyper-emotional and unable to stop crying. I quickly became extremely disorientated and struggled standing, my vision became blurry. I went to the bathroom again and experienced a high," she said.

"I became really stressed as I knew something was wrong. My memory of this period is sketchy. My inhibitions were lowered - I remember randomly clicking the hair straighteners in the bathroom for a while."

She left the bar and stumbled home, where she vomited and quickly passed out.

The next morning she went to Wellington Hospital's Accident and Emergency Department.

"I talked to a nurse and requested testing for date rape drugs because I had had an abnormal reaction to the quantity of alcohol I consumed the night before. After a few questions, the nurse told me 'you expect testing just because you got a bit drunk last night' in an indignant tone.

"I replied that his attitude was wrong and requested to see a different nurse. I was still feeling disorientated and had a back-of-the-head headache. I was really upset after this."

A second nurse asked more questions but would still not test her and told her to go to a police station, while adding she should go out with a minder in future, she said.

The woman said the police took her more seriously and suggested she get privately tested, but none of the suggested clinics were open on a Saturday.

"I left extremely upset at the lack of testing and the thought that more could be done to prevent horrific events happening to people. I felt that the default was to not believe me and to try and get me to leave as soon as possible."

Not a medical problem

Capital and Coast District Health Board spokesperson Dr Paul Quigley would not comment on a specific patient, but said someone complaining about being drugged the night before was not a medical problem unless they had been raped or assaulted.

"Alleged drink spiking is a criminal [forensic] issue and, unless there is associated clinical harm, not a medical issue. If someone presents to a health facility seeking review for possible drink spiking, the emphasis is on determining whether there has been any physical harm," Dr Quigley said.

"If they do not show signs of having an altered mental state, poisoning or physical harm (from rape or assault) then there is no further investigation from a clinical health perspective.

"Routine laboratory testing available to DHBs are not sensitive enough or specific enough to detect many of the alleged agents used in drink spiking."

The police said spiking a drink was illegal and something they took seriously, but drug-testing depended on the circumstances of each case.

"However it's an important reminder that, when out drinking, we strongly encourage people to be aware of their surroundings and the people around them and keep an eye on their drinks at all times," it said.

"If someone has concerns about someone acting suspiciously, or believes they may have been the victim of drink spiking, we urge them to contact police."

The national manager of a network of groups called TOAH-NNEST, which aims to prevent sexual violence against women, Sandz Peipi, said the woman's treatment, especially at the hospital, was appalling.

"I think it's indicative of women-blaming attitudes that exist where we have people saying women shouldn't go out at night, or jog in the park, or even have a drink."

She said it was difficult to gauge how prevalent drink spiking was as many victims were either afraid to come forward, or unsure something had actually happened.

"We should never ever blame the victim. Any victim should be supported in any way, if they feel that they've been harmed or if they feel unsafe because of a certain situation."

Mr Gee said young women should look out for their mates while out drinking, and ask someone they trusted to watch their glass if they went to the bathroom.