Chasing burglars, searching houses for drugs and spending every day with their four-legged mates - according to police dog handlers in Wellington, their job is the best in the world. 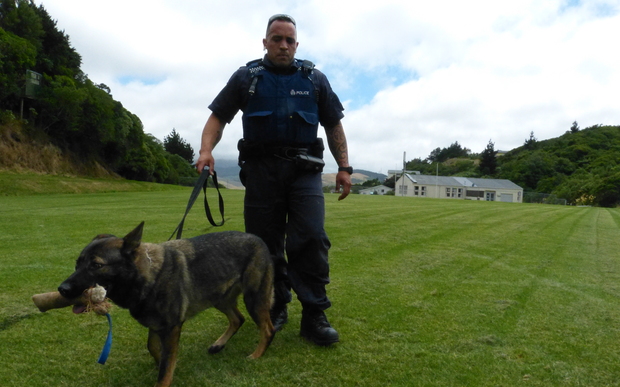 Twelve handlers work with their dogs around the clock to detect drugs or stolen items, find missing people and catch runaway criminals around the wider Wellington district.

The team's area covers Porirua, the Hutt Valley and the city of Wellington and stretches up to Masterton, where two handlers are based.

Sergeant Brett Marley was a front-line police officer before he joined the dog team in 1996, and said he hadn't looked back.

"The dog section is all about catching the bad guy, and there's nothing like being out there in the middle of the night, just you and the dog, chasing bad guys over fences and catching them," he said.

"It's more of a lifestyle than a job. [The team] love it. One of our biggest problems is getting the guys to go home at the end of their shifts; they just want to stay out and keep chasing the bad guy." 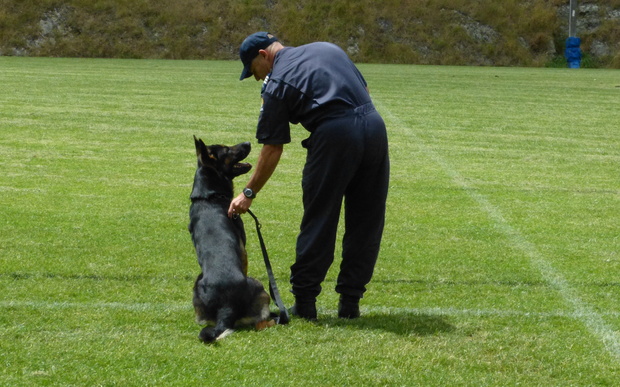 Mr Marley, who trains the team and supervises them during their shifts, said the variety of work each day meant there was never a dull moment.

"Our dog handlers tend to be more senior police officers, since they've done years of front-line policing first. So they're quite experienced on the streets, they help guide other staff and they'll do anything from 'domestics' [domestic violence incidents] right through to high-end disorder jobs and serious assaults."

The process to get there was lengthy, he said.

Training the dogs takes about nine months and involves stints at the Police Dog Training Centre in Trentham in Upper Hutt, where they are taught obedience skills and how to use their noses to track certain smells.

Mr Marley said the dogs could detect more than 10 varieties of illegal drugs, including precursors to methamphetamine.

They could also sniff out money and they often deterred violent offenders, he said.

"They are a great deterrent. Most offenders, once a dog handler turns up, are pretty compliant from that point."

He said the Wellington dog team was the second biggest in the country, alongside Christchuch. Auckland has the largest team.