Detector dogs have found more than $2.5 million of concealed or undeclared cash, the largest find $390,000 at Auckland airport, the Customs Service says. 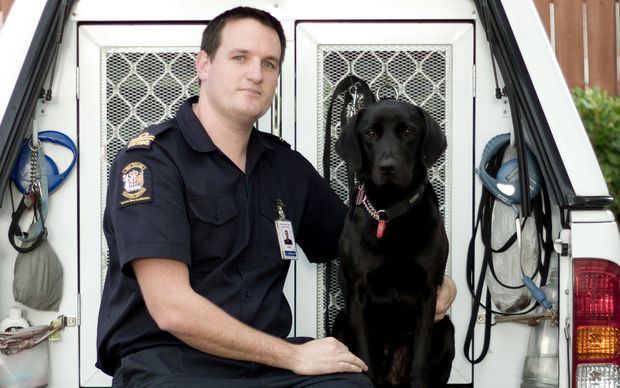 For 10 months, the labradors have been sniffing out travellers carrying more than $10,000 without declaring it.

Minister of Customs Nicky Wagner said it showed Customs could and would stop illegal cash movements.

The Customs Service said the largest find was at Auckland Airport in October, when a dog found $390,000 on two travellers.

Travellers carrying more than $10,000 must declare the money. If they did not they could have to forfeit the money and pay a fine, depending on the circumstances.

The cash detector pack recently grew to five dogs, with three in Auckland, one in Wellington, and one in Christchurch. They are also trained to detect drugs.

"Some of them carry it on their person, strapped to their bodies, some carry it inside suitcases," Mr Huff said.

"They types of hides are quite varied but at times it's quite obvious there are people going to significant lengths to conceal the cash."

People were often surprised or horrified when a detector dog identified them for investigation.