The owner of a tour boat that sank in flames off the coast of Whakatane yesterday says his company is not fully insured for yesterday's fire. 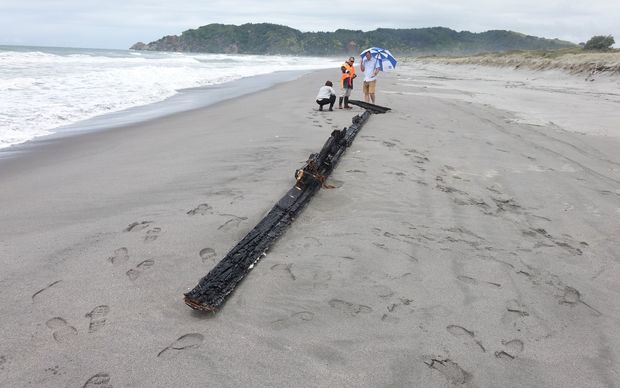 Debris from the fire washed up on the shore Photo: RNZ / Andrew McRae

The boat sank after catching fire while returning from a tour to White Island. The 53 passengers and seven crew jumped into the water one at a time before being pulled to safety.

White Island Tours' managing director Peter Tait told Checkpoint the boat was insured - but their loss of earnings was not.

"Until we can get our head around what we are going to do, as far as replacing it in any way, shape or form, but we just hope the insurance side of it goes all right. But it is a horrendous price to pay to try and get cover for loss of earnings when you are dealing with the amrine industry."

He said business would continue with their two other boats until they decided whether to replace their main vessel. 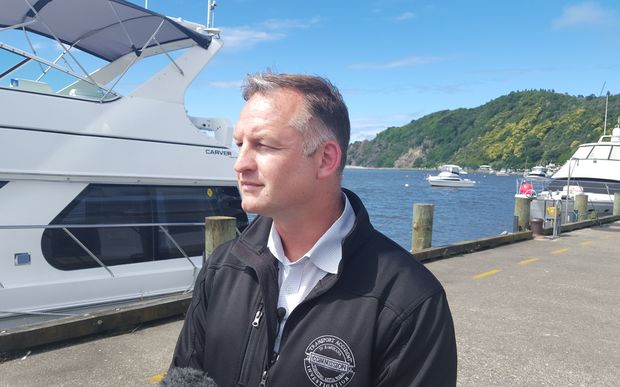 TAIC lead investigtor Rob Thompson said they were not yet sure if the fire started in the engine, as first thought.

"We know the general area of the fire was in the middle of the boat, but we can't sepculate where it was from.

Mr Thompson said a full investigation would take some time and may require either lifting the wreck or sending divers down. 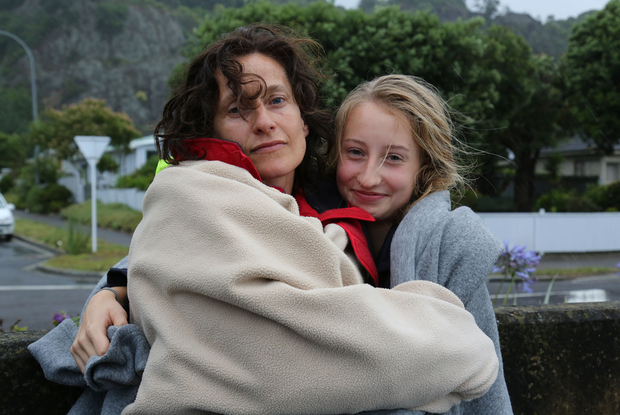 The White Island Tours boat PeeJay V was on its way back to Whakatane when the fire started at about 4pm.

The 53 passengers and seven crew had to jump off the 22m vessel to escape the flames.

Terry Robinson was first on the scene in his boat Morning Glory, and said at 5m from the vessel he could feel the heat of the fire.

"The heat was pretty intense on my face, and you've got your crew on the deck yelling and trying to get me to manoevre the boat as close as possible to their vessel and to the people."

He told Morning Report his crew rescued 14 people and took them back to the wharf.

Mr Robinson said there was panic on people's faces and it was hectic, but the evacuation was very professionally managed. 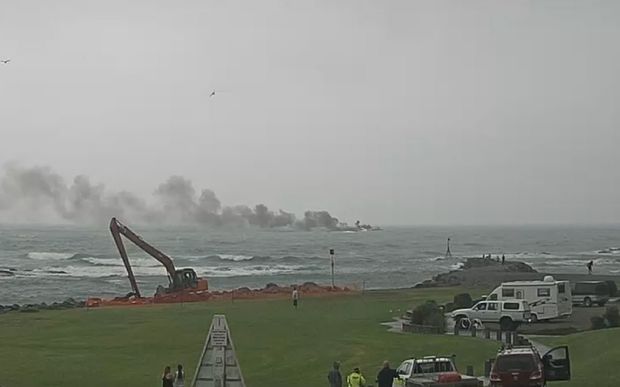 Police, ambulances and fire crews waited on the shore while the Coastguard also carried people to safety.

The passengers and crew were wet and cold but largely unharmed. One person was taken to hospital for smoke inhalation, and another had minor injuries from jumping into the water.

A man remains in Whakatane Hospital in a stable condition this morning, and three others were treated and discharged yesterday. 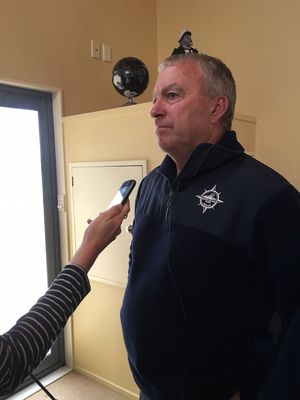 "We've been doing this now for 26 years so it's not something new. We're well prepared for anything that might go wrong within the operation," he said.

"We deal with the sea, we deal with a volcano and, over the 26 years, nothing like this has happened."

Mr Tait said the fire started in the engine room but it was now up to investigators to work out exactly what went wrong.

He said the passengers were in relatively good spirits when safely back on land.

"Obviously it's not something they wanted to happen on their trip to White Island but, going by their reaction at the end... they were overwhelmed by the help and the professionalism of our staff."

'Not a good place to be'

The Coastguard, and other boats in the area, went out to collect the stranded passengers after the alarm was raised.

Coastguard New Zealand chief executive officer Patrick Holmes said it would have been terrifying for those in the ocean.

"The water was a bit lumpy - people very quickly get very cold. It's not a good place to be and, of course, with a fire like this, if there's fuel spilled on the water, that can set alight as well.

"It would be terrifying, frankly... Just very relieved that there were no fatalities."

Whakatane mayor Tony Bonne said most of the passengers were overseas tourists - many of whom lost their passports and credit cards when they jumped overboard.

He said a fire on board was the nightmare of any tourist operator but added that the company's safety procedures ran like clockwork.

"I know the operators, Peter and Jenny, are praising their staff."

White Island Tours said it planned to put out another update later this morning.