A popular Whanganui park and playground which was damaged by severe flooding last June, has reopened. 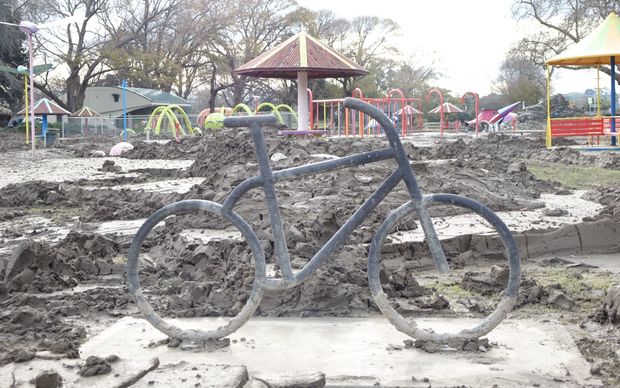 Whanganui District Council said it had cost nearly $1 million to clean up the contaminated silt that covered Kowhai Park following the floods.

The council's senior parks officer Wendy Bainbridge said most of the equipment still needed to be painted but the park now had four new swings, including a disability swing.

"The biggest job has been the removal of the silt."

Ms Bainbridge said the water park and the Tot Town Railway weren't working yet, but hoped they would be up and running soon.

"We're getting there. We've got some turf re-establishment, which has been really slow and it's still got a way to go."

It would be another year before the park was back to looking like it did before the floods, she said.