A turf war is brewing in the Wellington suburb of Miramar as food-trucks take over, frustrating local cafe and restaurant owners. 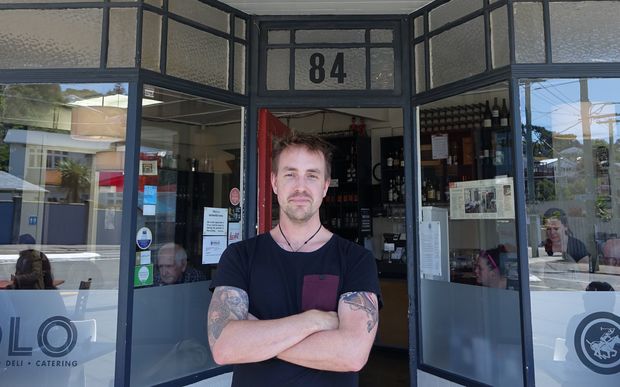 The suburb in the east of the city is home to several film industry businesses like Stone Street Studios, Weta Workshops and Weta Digital.

Restaurants were not happy with the intrusion and said the truck owners were getting an easy ride.

Sometimes there can be up to eight trucks selling food.

That was bad news for local businesses and co-owner of the Polo Cafe, Josh Pointon, thinks the problem will only get worse.

"Having such a concentration of them in one suburb is a little tough on the people who have been here carving out a bit of a living for six, seven, eight years," he said.

Mr Pointon said the trucks roll in for a few hours and then leave, while they work hard to give back to the community.

"We employ locals, we donate to local schools, charities, we give to kindergartens and we do work in the community."

Allan Probert from the business group Enterprise Miramar said most restaurants in the area agreed there was a problem with food trucks.

"Their overheads are lower and they don't have to pay any of the costs that council require for the businesses that are there," he said.

Mr Probert said one example was that food trucks put out chairs and tables for customers but restaurants had to pay over $1000 to get a permit to do the same.

"Food trucks are quite colourful and add vibrancy to a city but also I'm not quite comfortable that it's absolutely fair that somebody can come in and take all the business from a restaurant or cafe," he said.

Mr Marsh said one possible option was limiting the number of trucks allowed in a suburb.

But Antojito taco truck owner Craig Hayes said he would like to see less regulations for all food operators not more.

"Have people out on the street enjoying this beautiful Wellington weather we have at the moment and it be easy for that to happen. Food brings people together."

The Wellington City Council said it will have a meeting in a few weeks to see if they could smooth things out and let everyone have a fair slice of the Miramar pie.