Police have returned to search beaches near Whanganui for a teenager who was swept out to sea on Christmas Day. 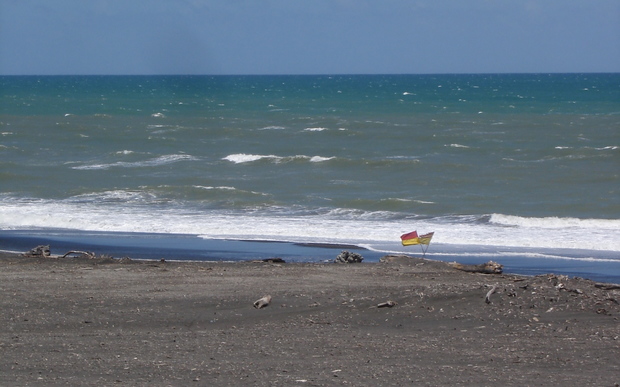 The official search and rescue operation for the 17-year-old has been called off until there is new information.

Despite the suspension of the formal search, the police have again been searching Castlecliff Beach and the surrounding area today. The coastguard was also expected to carry out extra searches.

Surf Life Saving New Zealand spokesperson Jacob Davies said the area where the young man went missing was cut off by high tide and could only be accessed by foot across a stream.

"Obviously, it's only popular for six hours of the day and with the tide changing, so it's just being aware of swimming somewhere where it is patrolled - and even if it's not just us being there.

"If you're at a beach that has more beachgoers to it, there are more people that are able to respond or get assistance."

Mr Davies said it was important to ask for local knowledge and identify any rips in the area before swimming at isolated beaches.

The missing swimmer's family has been notified and is being helped by Victim Support.

The drowning toll this holiday period stands at four. Three people died on Christmas Day, and the body of a woman in her 80s was found in a pond at Kerikeri yesterday morning.

A three-year-old boy, who died near Hastings, was among those that died on Christmas Day.

Safekids director Ann Weaver said she was saddened to learn of the toddler's death, and it was a terrible reminder of how dangerous water could be for children.

"It's very sad to hear of this tragedy for this particular family on such a special day."

She said children, particularly pre-schoolers, needed to be kept no more than an arm's length from an adult while they were in and around any kind of water.

A 12-year-old boy also died yesterday after being injured at Blue Lake in Central Otago.

He was being towed on a biscuit behind a boat when there was an accident involving another boat.