Rescue teams have called off the search for a 17-year-old swimmer missing near Whanganui since yesterday afternoon, as the holiday drowning toll rises to four. 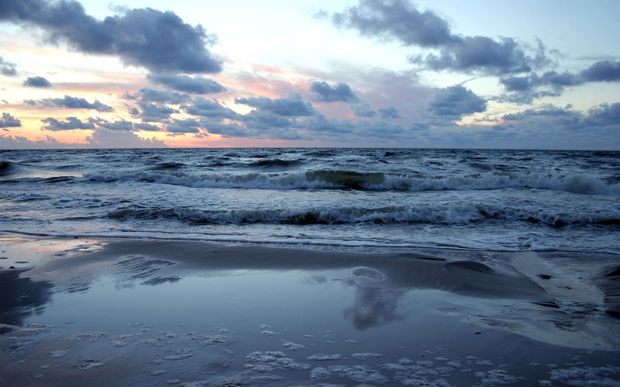 Police, surf lifesavers and the Coastguard have been at Castlecliff beach since first light after the boy was swept out to sea in a rip yesterday.

Locals are also helping with the search, but it has been called off for the night.

The holiday drowning toll stands at four after the body of an 82-year-old woman was found in a pond in Kerikeri in Northland this morning.

Police said they were called to the scene in Kerikeri at about 8.30am today.

St John Ambulance also attended but staff were not able to revive the woman.

Police said they had no further details at this stage about how the drowning happened.

Three others drowned yesterday - a three-year-old boy died at a lagoon at Ocean Beach near Hastings, while a woman and man died at Ruapuke Beach near Raglan.

The boy was swimming with his extended family at a lagoon at Ocean Beach near Hastings.

Emergency services rushed to the scene at about 2.20pm and while surf life saving crews gave the boy CPR for almost an hour, he could not be revived.

At Ruapuke Beach near Raglan, it is still not clear how two people died in water.

The body of a woman in her 40s was found first, followed by another person who survived and was pulled from the water seriously ill.

But a third person, a man who was 33 and who was initially missing, later found also dead.

His body was found by Coastguard.

Police said last night they were uncertain about what happened to the trio because of language barriers.

Water Safety New Zealand's chief executive Matt Claridge said he was devastated by the deaths near Raglan and in Hawke's Bay.

"These families will be haunted by Christmas Day forever now... it's a big tragedy... it's gutting to be honest," he said.

Mr Claridge said the drowning toll last year was 90, and the final toll for this year was on track to be well above that.

"We are up on last year, which finished with 90 drowning deaths. We average 103 deaths per year. So this will bring us up closer to 100 unfortunately."

He said it was "the job of all New Zealanders" to help lower the drowning toll.

"Our message is the same - it's stop and think before you go near the water. And we just repeat the message to parents and caregivers - supervise your children, be in the water with them. It can happen so fast."

Late last night the police issued a plea for people to take care in or near the water.

But he said such tragedies were avoidable, and not accidents.

"Our beaches, rivers and lakes become more inviting as the holiday period and summer temperatures approach, but we urge everyone to be cautious before taking the plunge.

"Being safety conscious takes a little time but it's worth it," he said.

The police said the National Dive Squad was liaising with both Central and Waikato policing districts after yesterday's drownings.

The police urged people to "actively monitor" and stay within arms' length of children at all times.