The long-awaited Margaret Mahy playground was opened in Christchurch this morning. 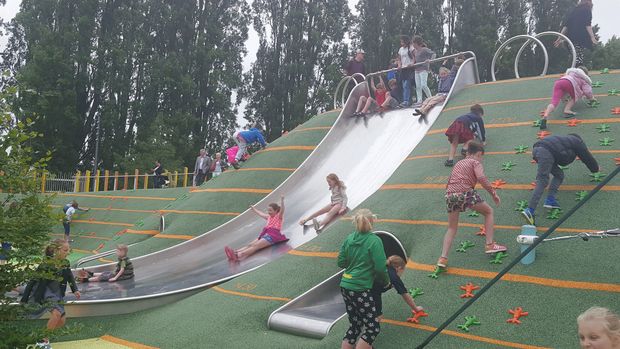 The $20 million playground sits on a 1 hectare block in the central city.

The playground has a giant 4m-wide slide, a pair of racing flying foxes and a story arc which has quotes from some of Margaret Mahy's beloved books. 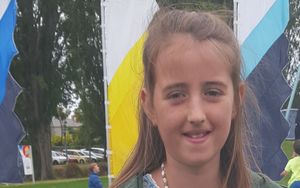 Over 300 designs were submitted in the Amazing Place Playground Competition in 2013, a group of students from Selwyn House School were named the winners.

The playground's $20 million cost, comprises $3m for equipment and surfacing, and the rest on land remediation.

It was officially opened by Earthquake Recovery Minister Gerry Brownlee this morning.

More playground equipment will be added in the new year, with cafes and food stalls also being built.

The playground's design is inspired by Canterbury's four main habitats.

The forest zone has a flying fox and an agility play area, the wetlands zone is a water play area, the plains is a lawn area and gathering space and the peninsula zone has slides, in-ground trampolines and swings. 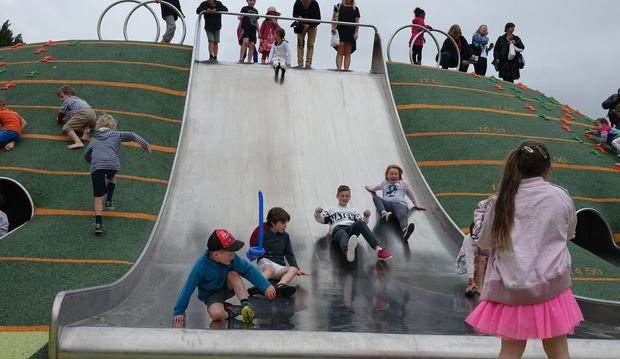 The playground is part of the city's green belt, an anchor project which is made up of green spaces running along the Avon River from the city to the sea.

Canterbury Earthquake Recovery Authority (CERA) chief executive John Ombler said the playground was believed to be one of the largest in the southern hemisphere.

"It has been designed with input from the city's school children, and to reflect Canterbury's main habitat types with a forest zone, a peninsula zone and a wetlands area.

"There are some other features which will be added progressively in the New Year, so there is a lot to look forward to in the summer months," Mr Ombler said. 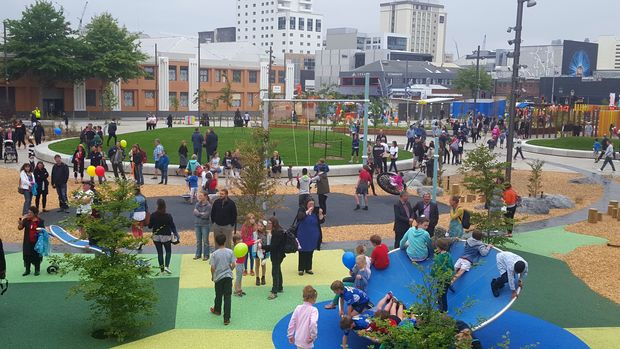