A man who raped a woman as she slept next to her husband at home has gone to prison for six years. 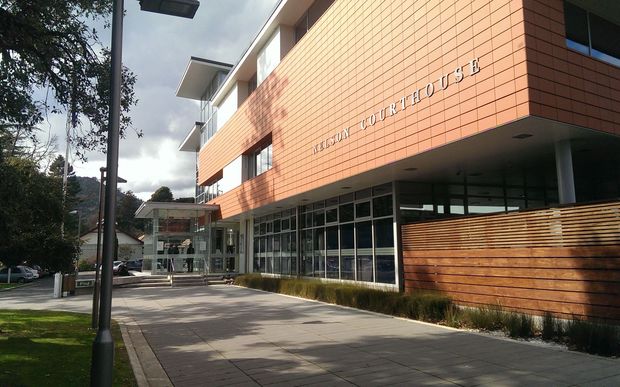 Tongan orchard worker Vunga Fetuani, 34, who admitted the charge, stood impassively in the dock as Judge David Ruth sentenced him in the Nelson District Court this afternoon.

The judge said the home invasion-style crime had caused substantial harm to the woman and her family.

Fetuani went into the couple's Richmond home on a night in August, found them asleep in their bedroom and raped the woman.

The orchard worker, who had been coming to New Zealand to work since 2008, had a previously unblemished record and had brought great shame on his wife and family in Tonga, the court heard.

Alcohol and kava had initially dulled his understanding of what he had done - with his initial denial of the offence followed by remorse, the court was told.

Defence lawyer Mark Dollimore said Fetuani had asked if the restorative justice process was available but understood why the victim and her family did not want to be involved.

Mr Dollimore said Fetuani had written letters of apology and placed them in his Bible, which was taken from him while in Christchurch Men's Prison waiting for his court appearance in Nelson.

Mr Dollimore expressed a public apology to the woman and her family on behalf of his client.

Fetuani was initially charged with a more minor offence after the couple woke to find what they at first thought was an intruder in their bedroom.

At the time, Fetuani was living in a rental house with other seasonal workers near the victim's home. The victim's family had spent the afternoon celebrating their son's birthday in an outdoor area of their home, which was within view of his house.

He had been home until later in the afternoon and then spent the evening drinking kava at an orchard neighbouring the place where he worked.

Fetuani drove home with workmates around 1am on Sunday and then made his way to the victim's home, which he entered through a door left unlocked for the couple's son.

He found the couple asleep in their bedroom. The victim woke up to the sexual activity, was initially confused and then challenged the intruder, who fled.

Police found Fetuani at his workplace several weeks later. He initially denied any involvement but did acknowledge that fingerprints and DNA found in the bedroom were from him although he "couldn't remember what happened".

Judge Ruth said a Crown report noted Fetuani's actions fell between the 'band one' and 'band two' levels of offending - the latter being the more serious, and carrying a penalty range of seven to 13 years in prison.

"The most aggravating feature of this, is that it was a home invasion. It is because you committed this in the home of a person who thought she was safe in her home. Your victim was very vulnerable - she was asleep," the judge said.

He also said Fetuani's act was intentional because he had walked to the victim's home.

Judge Ruth started at a prison term of eight years on the charge of sexual violation and six months on a burglary charge related to his entering the house.

The sentence was then discounted to a total of six years because of Fetuani's previously unblemished past, and the fact he had admitted the charge.

Fetuani was also now subject to the three-strikes law that ensured longer prison sentences for people who committed serious or violent offences, the judge said.