A new generation of specially trained takahe chicks has been released into the Murchison Mountains in Fiordland.

Previously, young birds have been released into the wild relatively soon after being born in captivity, but the new strategy involves a year and half of intensive, pre-release training in the art of finding food and being a good parent.

The Department of Conservation (DoC) hopes the new skills will help the takahe survive and breed in the wild.

The bird population stands at only 283 - a long way from the point of being secure and self-sustaining. The foraging training should help the chicks grow strong and fight predators.

They have also been taught how to look after, and stay with, a family of newborn chicks - something they will need to do in the wild when they start to breed.

DoC supervising ranger for the takahe programme Glen Greaves said the new programme should increase both the survival and breeding rates for takahe.

"Knowing the birds have the training they need to survive in this landscape, I've got really high hopes for them."

Each of the birds released carries a radio transmitter which Mr Greaves' team will use to track their progress. If it becomes clear that the birds are struggling DoC will rescue them by helicopter.

"If we find they cross a particular threshold we can always come in and move them to a safe place," said Mr Greaves.

This is the area where the birds were re-discovered in 1948 after earlier being thought extinct. At one stage, in the early 1980s, the population dropped to just 100.

Takahe chicks have in the past been released to predator free areas and offshore islands but DoC now believes they are strong enough to survive in their original home, especially with the benefit of the extra pre-release training. 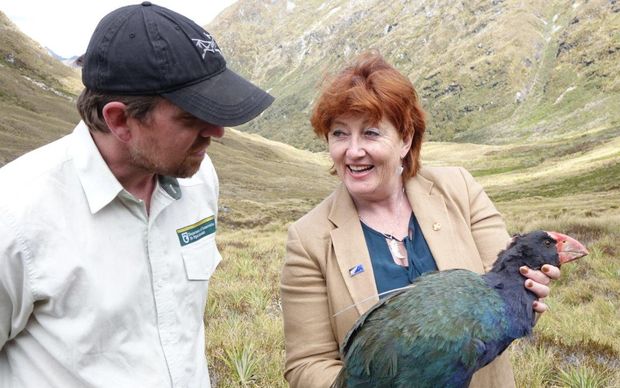