One of the founding members of the Motutapu Restoration Trust is calling for accountability over the shooting of four takahē on the island.

The endangered birds were shot during a pukeko cull undertaken by the Deerstalkers Association last week. 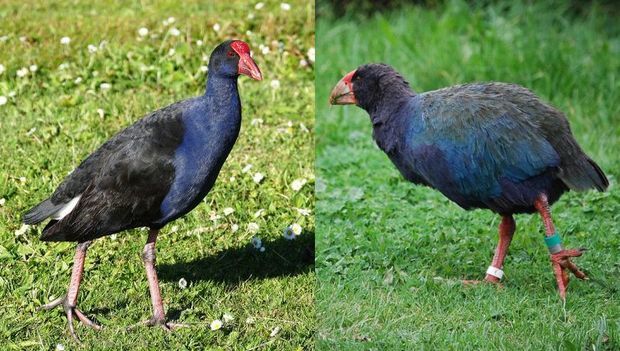 The Department of Conservation said it was not told four takahē had been shot until its staff found the dead birds several days later.

The department's Northern Conservation Services Director, Andrew Baucke said it was deeply disappointed, and DOC will interview the deerstalkers involved.

He said the dead takahē had been killed by shotgun pellets and were found on Monday.

"We weren't formally notified, we actually found the birds when my team were out on the island checking the transmitters.

"Each of transmitters have a mortality function on them, so that's how they picked up the dead birds."

Christine Fletcher, who helped found the restoration trust and chaired it until a month ago, said she was devastated by the news.

"This is just a terrible blow. We will be seeking, obviously, from the Department of Conservation some real explanation for what has happened."

Ms Fletcher said it seemed incomprehensible to her that this could have occurred.

"This is completely unacceptable.

"It's devastating for those of us who've worked for 21 years to bring this about and that we can have lost four of these precious, precious taonga in one day - it's repugnant to me, so we'll be looking for accountability."

According to DOC, the pukeko cull involved experienced local Deerstalkers Association members who are now co-operating with the department's inquiry.

It said the hunters had been carefully briefed on how to differentiate between the flightless takahē and the pukeko, including instructions to only shoot birds on the wing.

Deerstalkers Association national president Bill O'Leary said he was stunned when he heard what had happened.

"Quite frankly, we're appalled that it's happened - we're very conscious of the fact that the birds are an endangered species and that was the purpose of the cull on pukekos because of the damage that they do to nests and to eggs." 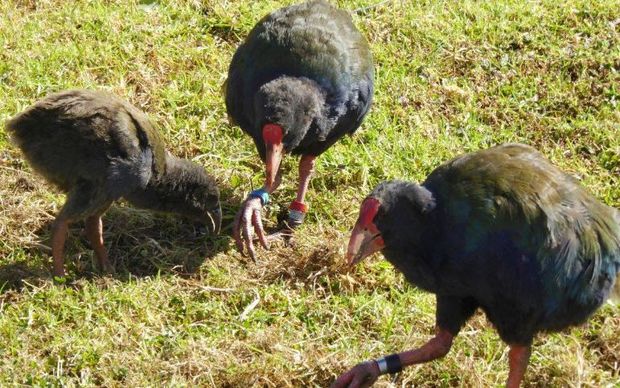 Mr O'Leary said the members who were on the cull were working with DOC to investigate what happened.

"We do a fair amount of work with the Department of Conservation, not only up there but in other parts of New Zealand.

"We've had this unfortunate incident and you know we just apologise to the Department, certainly apologise to anyone who's got an interest in these birds, and we certainly hope that that's not going to prevent us having more work to do in the conservation area."

DOC said local deerstalkers were twice used for successful pukeko culls on the island in 2012 and 2013 but it has put a stop to that now.

A former Mountain Safety Council instructor says DOC should not be recruiting deerstalkers to cull pukeko.

David Miller, who has more than 50 years of experience as a deerstalker, said deerstalkers were not familiar with shotguns, and were used to shooting static or slow moving targets.

A farmer on Motutapu Island in the Hauraki Gulf says the takahe population will recover, despite the incident.

Rick Braddock, who has farmed Motutapu Island since 1992 and is the deputy chair and a trustee of the Motutapu Restoration Trust, said the shooting was a tragic mistake, but the island has a successful breeding programme which will continue to operate.

The takahē is a threatened species that are listed as nationally critical.

Just 300 of the birds remain, and before the deaths, Motutapu Island was home to 21 of them.

As late as 1948, they were thought to be extinct, until they were rediscovered by Geoffrey Orbell and his team in the Murchison Mountains.

Today, between 70 and 80 takahē live in the wild in the mountains, where - due to their vulnerability to stoats - there is a significant stoat trapping programme.

The engine room of the takahe recovery programme is near Te Anau, in the Burwood Bush, where there are 80 birds.

Previously, DOC would bring eggs to the takahē rearing centre and hand-raise the chicks, but today they are housed in large outdoor enclosures surrounded by predator-proff fences. The birds raise their own chicks.

These birds are then relocated to 'security sites', or predator-free sanctuaries and islands elsewhere in the country, which are home to about 130 birds.

Sanctary islands include Maud, Mana, Kapiti, Tiritiri Matangi, Rotoroa and Motutapu, where the birds were shot.

Prior to the shootings, there were 22 birds on the island, roughly 7 percent of their total population. It is the most significant security site, with enough space to be home to as many as 26 pairs of takahe.

Takahe are moved between security sites to prevent inbreeding, with the hope of there one day being 125 breeding pairs across the country, up from the current 65.