Auckland will have more suburban land zoned for housing up to seven storeys high, and less for single houses, if new council plans go ahead.

The Auckland Council has increased proposed housing density in revised plans that will next year go before an independent panel considering the 30-year blueprint, the Unitary Plan.

Most of the upzoning is proposed for the central isthmus, due to an increasing focus on areas well-served by public transport.

The proportion of Auckland residential areas zoned for single dwellings would fall from 31 percent to just over 26 percent.

The other big proposed change is in the mixed housing urban zone, which allows for medium-density up to three storeys high. That will make up nearly 17 percent of Auckland, rather than almost 11 percent as previously planned.

Auckland Council has been reworking the housing densities settled in late 2013 after the independent hearings panel argued that the plan did not provide enough housing capacity.

General manager of plans and places John Duguid said the reduction in the proposed single house zone was targetted.

"Around town centres, and areas with good public transport, and the zone would be more targetted to areas that have constraints, such as flooding, heritage and ecological values," he said.

"The changes are more in the isthmus than elsewhere, but not exclusively there, because it has good public transport and a lot of town centres."

The council said, despite the proposed changes, more than 75 percent of the city's residential land would be limited to one or two storeys.

The latest zoning proposals will be considered by the independent panel in March and April next year, along with submissions for and against.

The panel will make its decision by July, before making final recommendations to the council - which must decide whether to implement or contest them. 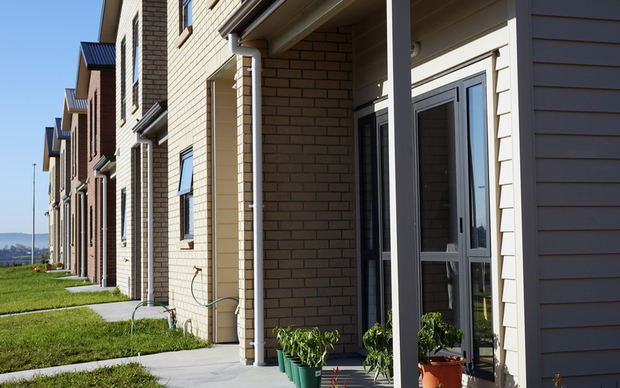 Housing density has been a contentious issue in some parts of Auckland, as the council grapples with how to accommodate a forecast increase in population of up to 1 million additional people by 2040.

The council is committed to what it calls a "compact city" model, with 60-70 percent of future growth accommodated inside its urban boundaries.

The latest proposals restore some of the capacity removed in September 2013, when councillors made last minute changes to the proposed unitary plan, watering-down some zone density.

Earlier in the day, a group of nine councillors unsuccessfully tried to get the council to agree to individually notify any household affected by the proposed upzoning, and to allow a new round of submissions to the panel.

This was ruled out of order by mayor Len Brown, prompting a walkout by councillor Dick Quax following a heated exchange.