Whoever started a fire that threatened homes near Kaikohe at the weekend had to be either very stupid or completely irresponsible, fire officers say. 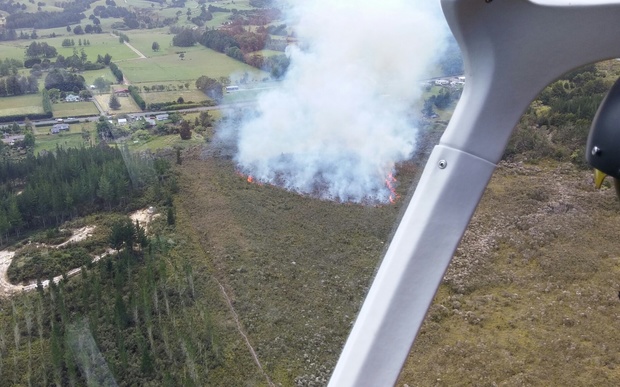 The cost of putting out the fire near Kaikohe has been estimated at $50,000. Photo: SUPPLIED

Ten homes were evacuated and State Highway 12 was closed for hours on Sunday as fire raged through dry scrub near a pine forest just west of Ngawha.

Far North Principal Rural Fire Officer Myles Taylor would not confirm local claims someone had fired a flare into the scrub.

But he said an investigation had shown who started it and how, and he was talking to the police about possible charges.

Some people might be ignorant of just how dry and volatile vegetation in the area was at the moment, he said - but if they did know, and still took certain risks, there was no excuse.

Mr Taylor said the cost of putting out the fire was about $50,000, and fire crews were still damping down hotspots.