Councillors have decided against drafting local legislation to outlaw damp and unhealthy homes, saying it was the responsibility of central government.

Cass Narayan and her young daughter Joy have lived in a cold, mouldy home in Eastern Porirua for more than ten years. 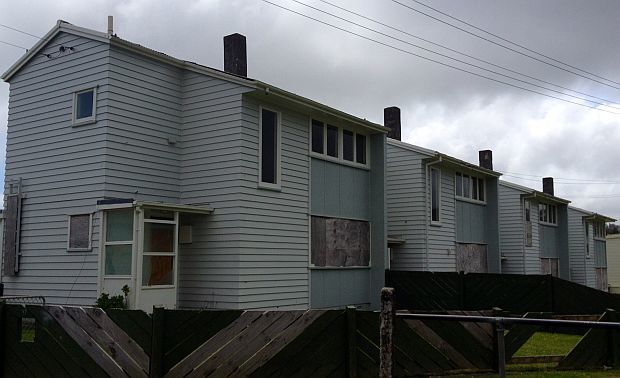 She said they put up with the unhealthy conditions in fear they could end up somewhere worse.

"In the house during winter, we'd get really, really cold, there was no carpet and stuff. At that time when my daughter was just a baby, most of the times we slept in the lounge because that was the warmest place in the house."

Porirua councillor Euon Murrell has seen the same conditions in many houses in Porirua.

He saw one house where the toilet pan was not screwed to the floor, the windowsills and walls were rotten and the stove had exposed wiring.

Porirua City Council decided it would not draft a Local Bill to enforce health and housing laws because of the high costs and low likelihood it would succeed.

Ms Murrell said instead the government should make it mandatory for all houses to meet minimum standards in heating, ventilation and insulation.

"Something needs to be done in terms of having something, a basic standard that is required, giving someone the tools and the back up and some sort of financial ability to enforce or require landlords to do something."

Lepeti Tea is a mentor at the Cannons Creek Opportunity Centre and said children living in unhealthy rentals were suffering.

"Unfortunately some of these damp environments that they come from, they actually carry it with them, for example their clothes would smell damp, their skin integrity is often compromised, so we have a high number of skin infectious diseases sadly in this community."

She said more needed to be done to hold landlords accountable.

"At a national level there could be more efforts made to really hold all of these landlords across the board accountable to ensure affordable, healthy homes and dry homes."

Housing Minister Dr Nick Smith said the council already had the powers to deal with unhealthy homes under building and tenancy laws and he encouraged the council to use them.