The results are in from tests done by students in their own south Auckland homes to see how many of them have mould - and they've come as a shock. 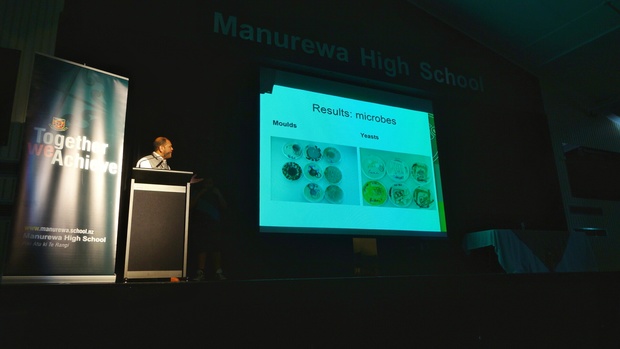 The students, from Manurewa High School and Rongomai Primary, started the joint project after a coroner linked the death of a two-year-old girl in Otara to her damp state home.

But Landcare Research, which helped analyse the samples from the homes of 22 students, did not expect some of the results.

The key results from the project

Landcare Research plant pathologist Stanley Bellgard helped the students with their project, and gave them swabs and a tool to measure temperature and humidity.

"In the houses, the [mould] spores were actively in the air and these are the things that we inhale.

"Mostly it's not an issue because we are healthy and our wellbeing is intact and these moulds generally don't have an impact on us.

"But if we are stressed, physiologically stressed, malnourished or suffering dehydration, or have some predisposition to disease then these moulds... can create this downward spiral of health," he said. 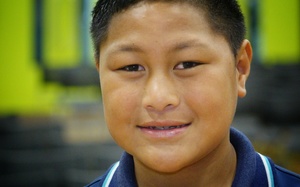 Fourteen different kinds of mould were found across 18 of the 22 houses the students lived in.

"But when we looked at some of the yeasts we recovered, they really surprised us because we found three different yeasts that were emerging human pathogens."

Finding yeasts in the study had not been considered but they did have the potential to cause harm.

Mr Bellgard said these yeasts, which included Candida parapsilosis and Rhodotorula, were linked to ill-health when combined with other complications.

But there was another big surprise to come.

"We recovered three bacteria that had antibacterial resistance. This was also quite another surprising find beyond the yeast being a threat to health.

"These antibiotic resistant bacteria are the ones that can be really really challenging, especially in a hospital environment," Mr Bellgard said.

Findings 'tip of the iceberg'

Nick Pattison, the science teacher at Rongomai Primary which approached Landcare Research for the study, said students were given five separate swabs. 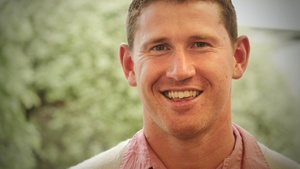 Pupils then took samples from bedrooms, the living room, the kitchen and other rooms of their choice.

"What was interesting were the different kinds of yeasts, some of them can cause you to get sick."

He said the findings were "the tip of the iceberg" and the next steps would be to see if the yeasts were isolated to a few homes only, because of the small sample.

Mr Pattison said the study deliberately did not look at whether the homes were private or state houses.

"We're not trying to stereotype any group within our community, we just want to look at all homes to make sure they are healthy.

"We wanted the results to be anonymous, so no one can find out if their house had mould."

The study also revealed the coldest home a student lived in - as measured on a September day at 6am - was 12°C.

According to the Asthma Foundation, there is an increased risk of respiratory disease when homes fall below 16°C.

The highest humidity recorded was 85 percent.

Rongomai Primary student Junior Wilson, 11, unveiled some of the findings on stage at a Manurewa High School prizegiving last night.

He said the sight of the mould under the microscope "was really gross".

"What I've been learning with Nick Pattison... he kept on talking about mould and I didn't understand.

"But when I went to Landcare I learned more and understood what he was talking about... I was really learning more from it.

"When you see it under the microscope... it looks like insects... when I looked I knew the mould can make people sick," he said.

Junior said mould was spreading around healthy communities in south Auckland and he wanted homes to be healthy.