The Earthquake Recovery Minister needs to step aside and let somebody else manage the building of Christchurch's convention centre, the head of the city's tourism agency says. 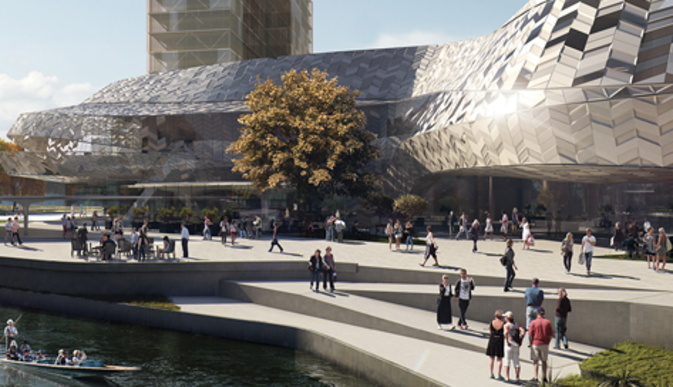 He was responding to a Treasury report labelling government plans to build sports facilities, a stadium and the convention centre as unachievable.

The report said the projects had major issues with project definition, budgets and benefits and that those issues did not appear resolvable.

But Christchurch and Canterbury Tourism chief executive Tim Hunter said Mr Brownlee needed to come clean on when the convention centre would be built.

"Back in May, he said publicly that we shouldn't put out timelines about when we can expect conferences because it diminishes his ability to get a sharp price.

"Well, at that stage, he'd had three years to get a sharp price - and if he really can't do that, he should probably hand that job to someone else."

Mr Hunter said he was told in August by Prime Minister John Key the government was not getting value for money from the project and nothing would happen until it did.

"The government has been in total disarray on this project for quite some time now.

"In the middle of the year, we wrote to the prime minister to outline our concerns and it appeared that the issue at that stage was costs - and it was a case of saying the government wasn't satisfied it was going to get value out of the proposals that were coming in."

"I think there's some explanations needed, and that's probably something the government needs to do internally, because people don't want uncertainty on something as significant as this.

"Either there's substance in what Treasury is saying or there isn't, but someone needs to come forward and clear the air and give people the confidence they need at this point in time."

Mr Duval said the pressure was on the government to make an announcement.

"There's a couple of significant announcements affecting central Christchurch apparently going to be made before Christmas," he said.

"I would hope that it would be made before Christmas because we'd be coming up to the fifth anniversary of the earthquakes, so I would hope it's made pretty soon."

February 2011: Series of earthquakes damage most buildings in the CBD beyond repair.

July 2012: Earthquake Recovery Minister Gerry Brownlee announces a blueprint for the CBD, where the government plans to purchase land and designate it for a series of anchor projects including a convention centre, metro sports facility and covered stadium.

December 2015: Treasury releases a report labelling the convention centre and other anchor projects as unachievable. "A number of project milestones have been missed or are under review... these issues suggest the programme continues to be overly optimistic about what is achievable."