Two hunters and their dog have been rescued from dense bush in Marlborough after one of them was injured in a fall yesterday. 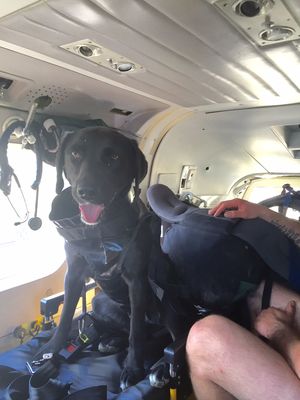 Crewman Dave Greenberg said the Life Flight Trust was alerted just before 7am this morning but low cloud prevented rescuers reaching the hunters.

The helicopter reached the hunters - about 19 kilometres southeast of Seddon - two hours after the call-out.

The two-year-old labrador was a good passenger, Mr Greenberg said.

"Sometimes dogs get quite freaked out by the noise of a helicopter, but he was quite well behaved.

"We had him in a harness for winching just in case we had to, so we just strapped him in on the stretcher and flew him out.

The injured man was flown to Wairau Hospital in Blenheim where he was treated for a dislocated shoulder.