Christchurch's Redcliffs Primary School looks set to be closed down due to an ongoing risk from rockfall. 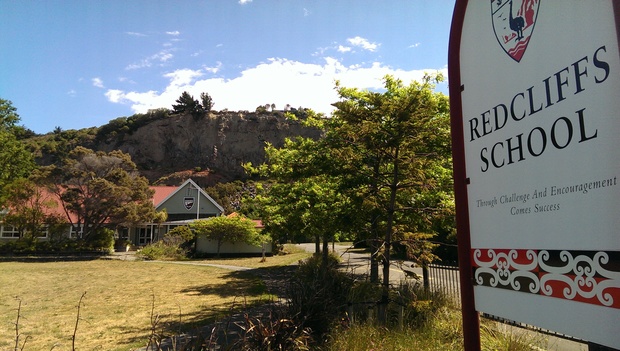 The school was abandoned in June 2011 after an aftershock brought down some of the cliff face at the back of the school, and the school was relocated to a site in nearby Sumner.

The school community has been fighting a proposal by Education Minister Hekia Parata to close the school, with a protest march in March and over 2500 submissions sent opposing the move.

Chelsea Halliwell's six-year-old son Flynn started at Redcliffs last October, and her four-year-old daughter is due to start at the school next year.

She said she was absolutely gutted at the decision, and very surprised.

"It's a real hub for us," Ms Halliwell said. "It means a lot that our children can go to a place where they can walk to school." 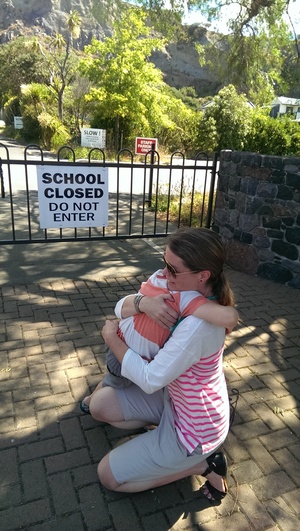 The school had been very supportive of the children, she said.

"They are the most resilient bunch of kids you will ever met and that is all down to school and how they have taught them, and how they have got them through the last five years of the earthquake," Ms Halliwell said.

Ms Parata said the decision was an interim one, and the board of trustees had a further opportunity to present any reasons it had in favour of the school remaining open.

But she also said she was concerned the unstable cliff behind the school posed the risk of further rockfalls, which could cause further disruption to the students.

Ms Parata also said there was no timeframe for removing the houses on the clifftop above the school, and this caused further uncertainty about when the site could be used again.

Ms Halliwell said she had no safety concerns about sending her two young children to the school.

"It's really clear to us from having read the full report that they build a bund, which is a ditch behind a really high fence," Ms Halliwell said.

"There is no risk of rock fall coming on to the site at all.

"The school has put forward further proposals to move the school if need be to the front of the site, the road side of the site. And there is no risk, no more risk then any other school in New Zealand face from all sorts of disruptions. We are going to fight this, we are determined."

Former Redcliffs School student Lucia Rapley said the decision was the wrong one.

"I think it's really disappointing because everyone has worked so hard to keep it open," she said.

"I think it is definitely the wrong decision because it's going to have a massive impact on the rest of the community, really negatively."

School given until March to respond

Redcliffs School Board of Trustees spokesperson Mark Robberds said people had spent thousands of hours of work on the submission process, and there were a lot of unhappy people in the community today.

"The whole reason for closure is a technical problem. It's about - could the site be disrupted again in the event of a major earthquake? And we've got have various technical reports that suggest the problem could be solved. We really just want to keep working, even now, collaboratively with the ministry to solve that problem."

He said they were given a raft of documents by the minister today, which he said was essentially a rebuttal of the school's submissions.

"It just hasn't been a collaboration in the last period, in the consultation period ironically. It's been them gathering further information, but then not handing it on to us." Mr Robberds said.

"The minister said today that is part of the process but, since it's purely a technical problem, I actually feel like we should have had that information."

The school now has until March to respond to the decision but, if the minister's interim decision stands, the school will close permanently at the end of 2016.

Redcliffs would be the 11th primary or intermediate school to be merged or closed in Christchurch since the earthquakes.