Christchurch homeowners are filing a class action in the High Court today, claiming the Earthquake Commission (EQC) has failed to meet its legal obligations.

The 150 owners are seeking clarification from the court about the commission's statutory obligations under the Earthquake Commission Act. 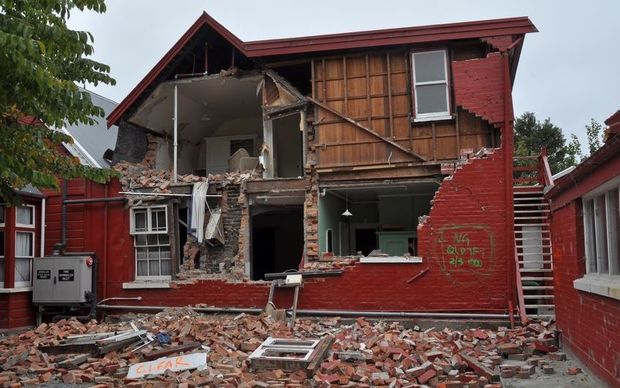 Many houses, such as this one in Cramner Square, were damaged beyond repair in the Christchurch earthquakes. Photo: 123RF

A lawyer representing the homeowners, Peter Woods, said EQC had left many outstanding claims in dispute, and now claims which had been settled could be in doubt.

"When EQC assesses a home they tell the owner they will fix it back to what it was like pre-quake, but the Act stipulates repairs should be made the same as if a home was new."

Mr Woods said no claims were being made for damages; the court action was seeking clarification around the Act.

"We are seeking three sets of declarations from the High Court that cover the extent of EQC's liability.

"We think EQC has failed to meet its legal obligations and people have been shortchanged on both how EQC has assessed damage and how they propose to fix it."

The declarations also argued that EQC's liability was not met merely by compliance with the Ministry of Business, Innovation and Employment (MBIE) guidelines for Canterbury.

"A common example is, when a home is out of level due to the earthquake it can still be in par with MBIE guidelines so EQC do not have to fix it."

An MBIE report into some structural repairs that were exempt from a building consent, released in August this year, found more than a third of homes surveyed did not meet the building code.

Mr Woods said the 150 homeowners' claims are on hold while they wait for the declarations.

"EQC has asked us to deal with all of these homeowners individually, on a case by case basis, but we think it is appropriate to get general declarations from the court."

"The problem with a case-by-case basis is these homeowners have been doing this for four years already, and they haven't been able to resolve it.

"We have asked the court to expedite the process, but the timeframe is in the courts hands, EQC needs to be given time to respond."

EQC has been approached for comment but has not yet responded.