The building sector has hit back at claims it's solely to blame for defective repair work done to earthquake-damaged homes in Christchurch. 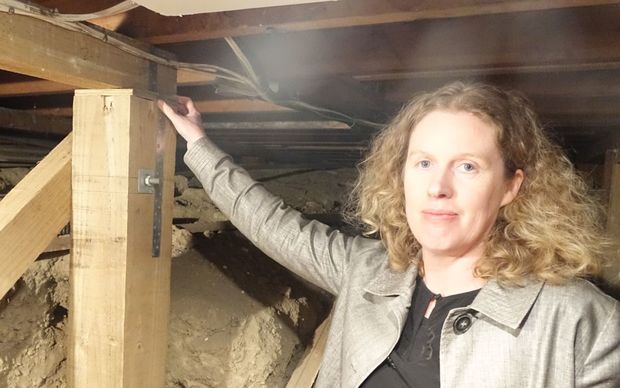 Christchurch woman Kristi Calder next to one of her foundations, which has to be repaired. Photo: RNZ / Conan Young

The Ministry of Business, Innovation and Employment yesterday released a survey of 90 homes which found a third failed to meet the building code and a further 23 had defects.

Most of the work which does not meet the building code involves a controversial repair method known as jack and pack, where material is packed between the floor and foundations to help relevel houses.

EQC now has to recheck 3500 dwellings and estimates 1200 will need to be repaired a second time.

Kristi Calder had 17 new piles placed under her Lyttelton home which failed to make any difference to the lean her house is on.

"You walk down our hallway and it's a bit like a skateboard ramp really. It's certainly not level after the new piles were put in. Our engineers report said they weren't in the right place to make the house more level," she said.

After a three-year fight with EQC and Fletchers, the company hired to manage the home repair programme, she brought in lawyers and earlier this year finally had her case handed on to her private insurer.

It's now promising to fix the poor workmanship carried out on her home by the contractor Fletchers hired.

"And the Government knew full well what was happening. It's not completely the builder's fault. They should have been accountable but it's definitely not just their fault." 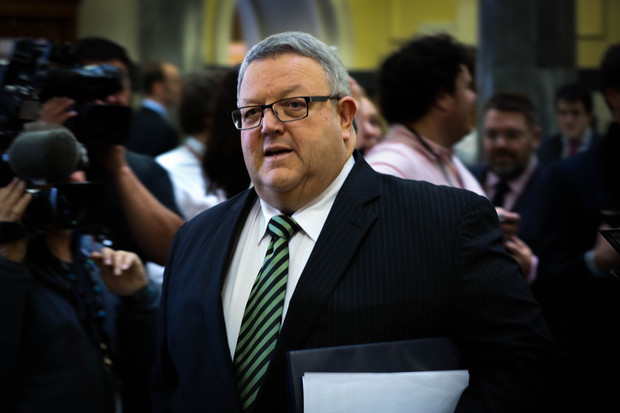 EQC Minister Gerry Brownlee said shoddy workmanship was to blame for the high number of non-complying fix-it jobs, and the cost should be met by the builders.

However, Registered Master Builders Association president David Kelly said that was not fair and that it was EQC which established the scope of works, or parameters, builders were required to work to.

"I don't think it's reasonable to say that all of the quality problems in Canterbury are simply down to one group. I think you'd need to look at the whole process from scoping, to design, to repair to sign off."

Mr Kelly said Fletchers could struggle to get the original builders to come back to fix any poor workmanship.

"That is probably the biggest concern for me is that in boom times we have a number of people that are new to the industry who come in and do this work and then they may or may not be around."

Fletchers is promising to pick up the tab for any work the original builder is unable or unwilling to do, and estimates this will cost it about $500,000.

Lawyer Peter Woods, who is helping bring a group action against EQC over the quality of the repairs it has ordered, said there was no guarantee the original builder would come to the party and Fletcher's had grossly underestimated the size of the repair bill it could be facing.

"The scale of this is potentially huge. If this is 30 percent of a self-selected sample, then there's going to be thousands of houses where the repairs aren't right, thousands. There's no way it could be done for $500,000."

Mr Woods said EQC was ultimately liable for any shoddy repairs carried out under its watch.