One of New Zealand's engineering marvels is 60 years old today.

The Rimutaka rail tunnel began service on 3 November 1955, and ended the age of the Fell Engine, which had laboriously hauled its way up the steep slope from the Wairarapa plains and over the Rimutaka hills since 1878. 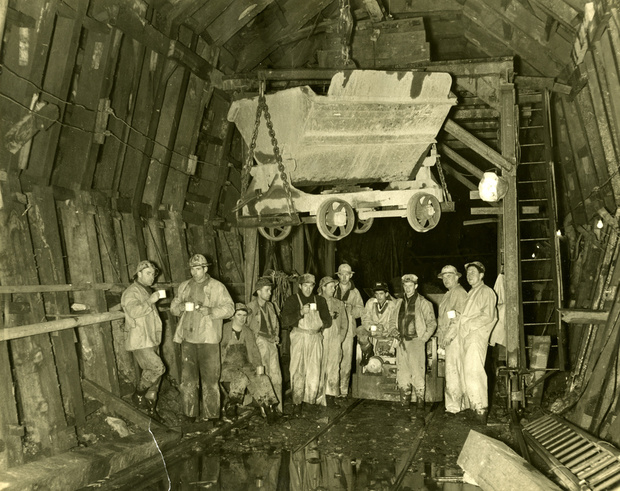 The tunnel was opened with a flourish by the then Minister of Works under the Holland government, Sir William Stanley Goosman.

"That is a pretty good achievement for a little Dominion like ours.

"This is an historic occasion."

The tunnel was a joint venture between an American firm and local company Downer & Co.

Workers toiled 24 hours a day, six days a week, and still took two years to drill through 8.8km of rock.

"It is a massively significant piece of infrastructure for both KiwiRail and for New Zealand," he said.

"Without the Rimutaka tunnel we would not have nearly the amount of commuter activity or the ability to take freight between the Wairarapa and Wellington."

Scores of passengers use the commuter service during rush hour and trains arriving in Wellington at rush hour are usually packed.

Despite the tunnel's 60th birthday, a train service from the Wairarapa is actually much older.

From 1878, a fell engine began clawing its way up the steep track from the Wairarapa plains below, using a third rail to provide extra grip.

It was a task that required immense effort from train crew.

"The best that a fell engine can do under heavy loads is to make a struggle of it," an old timer said in an interview taken from New Zealand Sound Archives.

"No matter how much steam the fireman has, or how willing the engine driver is to get things going then if the rail conditions are not right, the engine will slip and slip and slip."

Replacing the Fell engine was discussed for decades, and a decision to proceed with a tunnel was finally made by the Fraser government and completed by the Holland government seven years later.

In more recent times, rail infrastructure has been cut back in many places.

Mr Headifen does not see that happening with this tunnel.

"We have got tunnels that are close to 150 years old so this tunnel has got plenty of life ahead of it, I think," he said.

"It will outlast me."

Mr Headifen adds the trains that use this tunnel carry freight unsuited to the narrow and winding Rimutaka Hill Road, which is another reason for it to be used for many more years.

NOTE: This item was prepared with assistance from the Ngā Taonga Sound & Vision (The New Zealand Archive of Film, Television and Sound).