Whangarei mayor Sheryl Mai says her council is hoping to claw back at least some of the costs of a failed subdivision that has lumbered ratepayers with a huge repair bill. 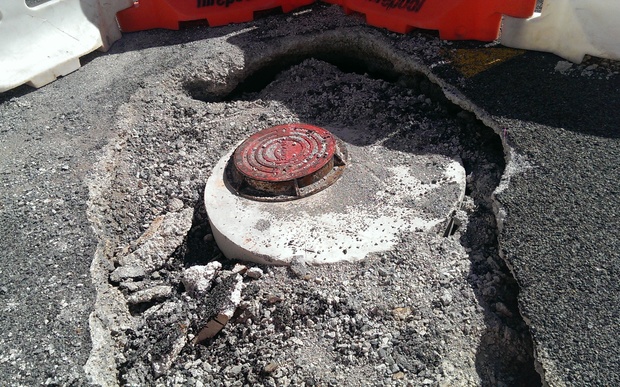 The Marsden City development at Ruakaka, south of Whangarei, will need drains replaced because of soil acidity problems unforseen by the developer or the council.

When developer Oliver Scott built the subdivision, he predicted 2000 homes, businesses and new industry for the 80-hectare site.

One global financial crisis later and the company's in receivership; infrastructure valued at $11 million has been written down to about $2m, and all the pipes will eventually have to be replaced.

The cause, according to Whangarei Council, was the collapse of the concrete pipes, corroded by acid soil and water.

The Marsden City roads and drains became the property of the council once the subdivision was complete.

Ms Mai said the council would have to spend $5m to replace them.

"Pipes that should have had a life for 80 years, for example, are probably going to have to be replaced within 15 years, so that's where the reevaluation - the write-down - comes from."

The council was now in negotiations with the engineering firm it contracted to check and sign off on the Marsden City drains, Ms Mai said.

Although thousands of tonnes of peat soil were removed to create the subdivision, she said no-one foresaw chemical reactions in the subsoil and water that damaged the pipes.

Ruakaka people said there were other lessons the council should learn.

Warren Daniel, a retired vet who has lived in the coastal township for 30 years, said two large and productive dairy farms were destroyed to build a subdivision for which there was no community demand and the plan change needed to push it through was driven and paid for by the developer, not the council.

Local energy analyst Steve Goldthorpe said the decision to allow a major subdivision in a low-lying coastal area looked ever more dubious given the escalating warnings of climate change.

Whangarei accountant Frank Newman kept a close eye on council finances and described the Marsden City saga in non-accounting terms as a 'monumental stuff up'.

He said the $8.7m drop in value of the Marsden City infrastructure showed the folly of councils' listing roads and drains as assets.

The mayor has called the drop in value a non-cash adjustment to the books, but Mr Newman said the assets were brought in as income so if they are written off they must be a loss.

The Marsden City receivers put the largely empty subdivision on the market in July, but so far there have been no takers.