Forest and Bird is calling on Canterbury Regional Council to prosecute dairy farmers found to be in breach of their resource consents. 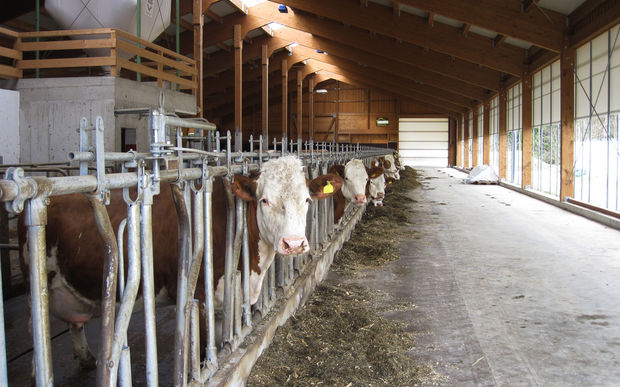 The Canterbury Regional Council (Ecan) said dairy farmers were doing a good job of looking after the environment, despite 36 percent not complying with their resource consents.

Its annual report also showed the number of abatement or warning notices issued in the last dairying season had nearly tripled.

Ecan's director of resource management Kim Drummond said the 36 percent of farms that were found to be non-compliant were labelled this way because they had failed to complete paper work, and not for actual damage to the environment.

He said the figure to pay attention to was the number of farms found to be significantly non-compliant, for actions such as applying too much effluent to paddocks.

When Ecan first started keeping records, 20 percent of farms were found to be significantly non-compliant, compared to just 6 percent now, he said.

The number of abatement or warning notices has nearly tripled to 16, six of those resulting from calls from the public.

Less than half of all complaints were substantiated however, as Ecan was not always able to visit the farm in time to witness the breach taking place.

Due to the large area Ecan had to cover, help from the public was essential to keeping tabs on farmers, and photos were helpful, Mr Drummond said.

"Evidence of any form, it always assists us.

"The more definitive people can be about what they are observing, the more helpful it is for us to be able to take action over that."

Forest and Bird's Chris Todd said it was not good enough that farms were only visited by Ecan inspectors once a year, and that for a second year in a row no farmers had been prosecuted.

"It is an unofficial policy of Ecan's to work with the farmers rather than prosecute.

"It's good that they work with farmers but I'm saying they also need to uphold the terms of those consents and have consequences, because the consequences of non-compliance are very serious for the environment."

Although the majority of breaches were low level, every breach had an impact on the environment, he said.

The region's waterways were home to high levels of waterborne disease and steadily declining water quality due to dairy farming, Mr Todd said.

"We've had minor non-compliance from say a week when the power was out and one of our data loggers has cut out and not recorded data for a week, which technically means we're non-complying - so it's something we can't control ourselves."

New limits on the amount of polluting nitrate farms will be allowed to emit should not be a problem for most farms in the region, which use modern methods designed to protect the environment, he said.