The little-known and unofficial North Island Republic of Whangamomona in the heart of Taranaki has farewelled its president. 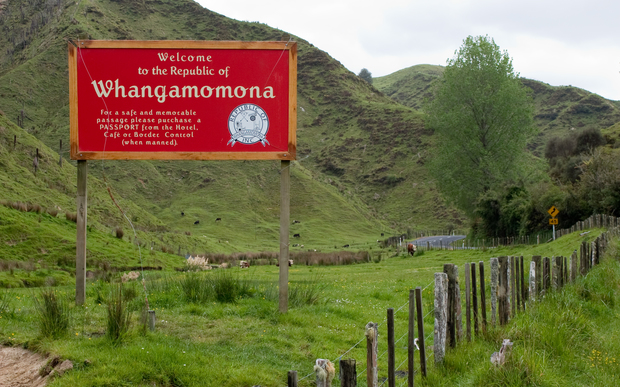 A sign at the entrance of Whangamomona reads: "Welcome... For a safe and memorable passage, please purchase a passport from the hotel, cafe or border control." Photo: Aidan Wojtas / Flickr / CC BY 2.0

Murt Kennard died on Sunday morning after a battle with cancer. He had been president for 10 years.

The breakaway republic was formed 26 years ago in response to a decision to revise district boundaries and take Whangamomona out of Taranaki and put it instead in Manawatu-Whanganui.

In protest, locals declared themselves an independent republic and elected a series of presidents.

A friend of Mr Kennard's, Mark Copplestone, said the president would be missed by the community. "He was just so good because he lived so close to the pub and with tourists coming in, if they wanted to meet him, it would be no trouble at all.

"God knows how many times he's had his photo taken." 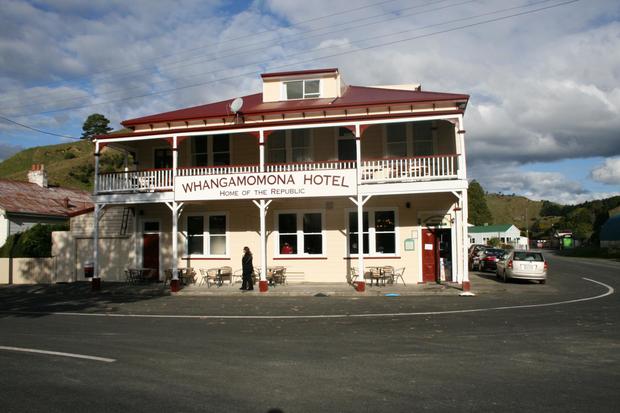 He said Mr Kennard helped keep Whangamomona on the map. "Well, with the republic it sort of put Whanga on the map.

"There's a lot of little rural places like Whanga that are sort of disappearing off the landscape. Well, Whanga hasn't, and Murt's sort of been at the forefront of it."

Mr Copplestone described Mr Kennard as a nice bloke. "Laid back, didn't worry about anything," he said.

"Real keen on rugby. It sucks that a week before the final of the World Cup and he's gone. He'd be devastated about that."

Mr Kennard's funeral will be held on Wednesday. 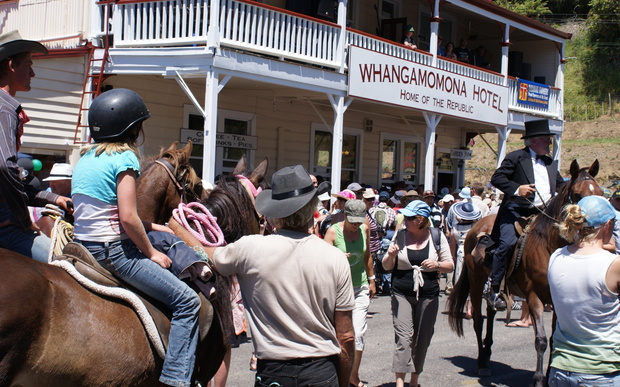 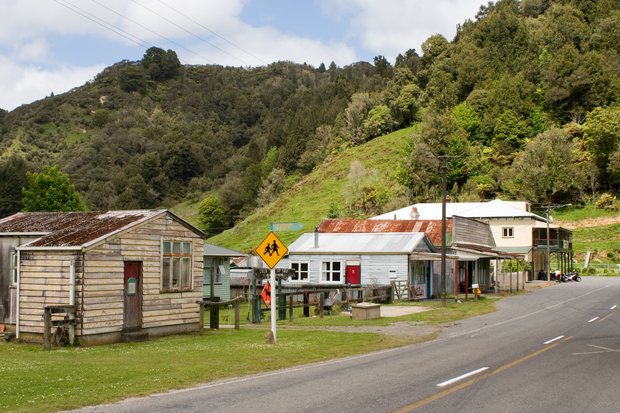 The shops at Whangamomona include a butcher, a post office - and the famous hotel. Photo: Aidan Wojtas / Flickr / CC BY 2.0