The chair of a community housing trust in Queenstown says speculation is fuelling the housing affordability crisis, and needs to be curbed by regulatory changes. 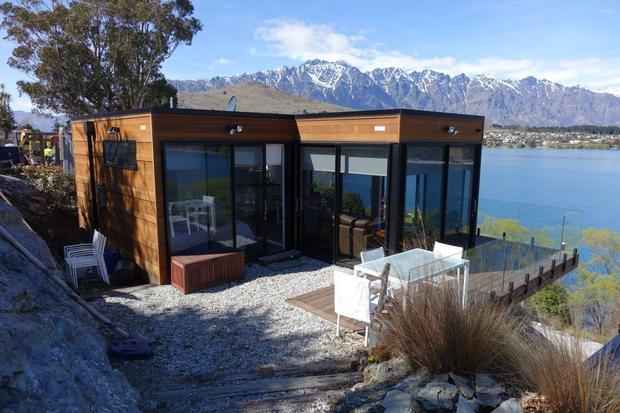 A one-bedroom house in Queenstown, which is only 33 square metres, was put on the market earlier this year for over $1 million. Photo: RNZ / Peter Newport

Finance Minister Bill English said the lack of affordable housing was the single biggest threat to the country's economy.

In a speech to the Community Housing Aotearoa Conference in Wellington yesterday, Mr English said the government wanted to work with the social housing sector to address the problem.

He said the government was tackling the problem head-on, and that included its controversial plan to transfer thousands of state houses to the community sector. 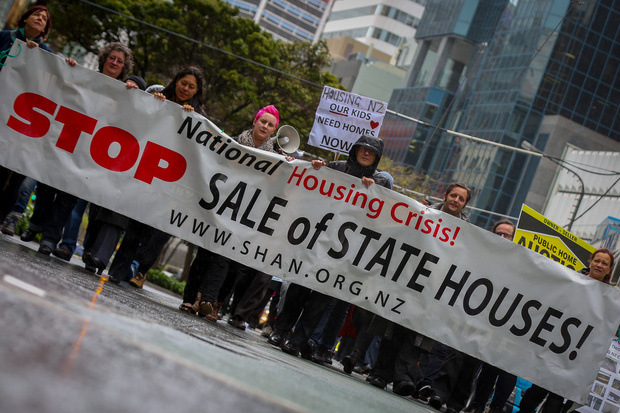 State housing protest outside the Beehive: "They are leaving us with nothing". Photo: RNZ / Alexander Robertson

"This is part of a speculative game - it's a craps game that really belongs in the casino," he said.

"And this is not where we should be landing the most important single factor that binds community, that addresses a whole lot of other issues. It's housing and we need to fix it."

The director of the Nelson Tasman Housing Trust, Keith Preston, said regions like his had been starved of much-needed resources to tackle their housing shortages.

He said the government was too busy focusing on Auckland's lack of affordable housing.

"There needs to be more of a holistic approach and looking at the rest of the country," he said.

"Nelson is the third least affordable region in the country and doesn't feature on the radar. I'd like to see more attention on building up housing in the regions."

Scott Figenshow is director of the umbrella group Community Housing Aotearoa. He said the sector generates $1.3 billion in annual revenue, and was gearing up to house an extra 50,000 people by 2020.

It had the plan in place to do that, he said, but needed government backing to attract investors.

"This can't be based on simply shifting a tonne of debt onto the community housing sector, that won't solve our long-term problems. So there's a need for equity."