The Fire Service says it has managed to control dozens of fires in Otago and Canterbury since yesterday.

A woman is in a serious condition in Dunedin Hospital after one of the fires, at Saddle Hill near Dunedin. 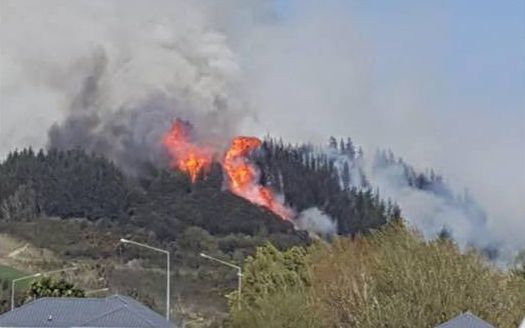 A fire at Dunback was brought under control last night. Photo: Twitter

Nine buildings, including two homes, were damaged in the Saddel Hill blaze, one of up to 27 scrub fires in Otago and Canterbury yesterday.

The blaze was fanned by strong hot winds, but a southerly change and rain helped bring it under control last night. Three firefighters were treated for smoke inhalation and have since been released from hospital.

Heavy machinery is this morning being used on Saddle Hill to create fire breaks.

Dozens of families were evacuated near Mosgiel and at Saddle Hill, including on Saddle Hill Road, Saddleview Place, Coalstage Road and Morris Road. Twenty of them are still unable to go home.

Otago rural fire office Jamie Cowan said it would be several days before about 100 hotspots were completely extinguished, but good progress had been made, and no homes had been destroyed.

"Two homes damaged - we do expect some more damage as those twenty families do get back in and have a better look around," he said. "Mainly radiant heat and smoke damage, we expect."

Michael Knopp had to move out of his home, but was eventually allowed back last night. He said leaving his house was frightening.

"The whole area was covered in dense smoke. The guys like the police and fire guys - you've got a decent feeling for them because you just couldn't see anything - it was really choking thick smoke."

A fire at Dunback in north Otago which had burned for most of yesterday and was threatening homes, has been contained.

A scrub fire on what is locally known as the Pigroute on State Highway 85 between Dunback and Palmerston in Central Otago was under control but has sprung back up again. 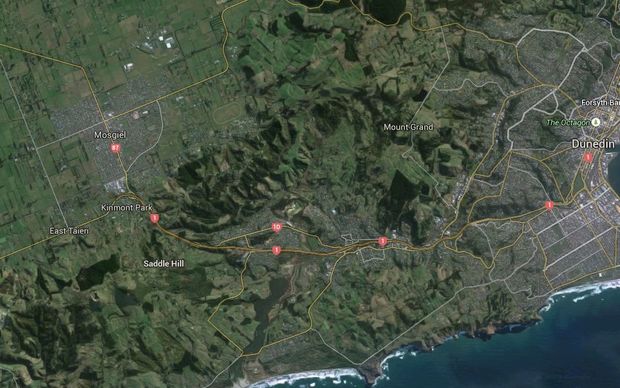 Former rural firefighter Brian Clark arrived home at Oxford to find the massive bush fire had come within 30 metres of a neighbour's house.

"When I turned up there I was only in my four wheel drive and I had no water so I just let the fire brigade know exactly which driveway to drive up and just gave them a hand with hoses," he said

"Things have settled down nicely in the last couple of hours and we'll have a better idea of how serious they were when first light comes up and we can check out all the scenes," he told Morning Report.

But he said it was not over yet. "We're worried about [all the fires] especially with the weather conditions. We've still got strong winds in parts of the South Island, and that's why we're maintaining watch on all these fires just to make sure everything's safe and if anything does happen, we can get resources there as soon as we can."

"Weather conditions are so fickle at the moment - we want people to think about that before they light any fires."

A major blaze at Akaroa, which began at about 8.45pm last night, took about four hours to extinguish.

Five houses were evacuated in Akaroa, near Hilltop Tavern on State Highway 75.

There has also been a large hall fire in the Christchurch suburb of Spreydon. It started about 5am in the roof of Coronation Hall, on Domain Terrace, and has since been contained.

Crews were maintaining watch at the scene of a big fire between Rakaia and Rolleston until first light.