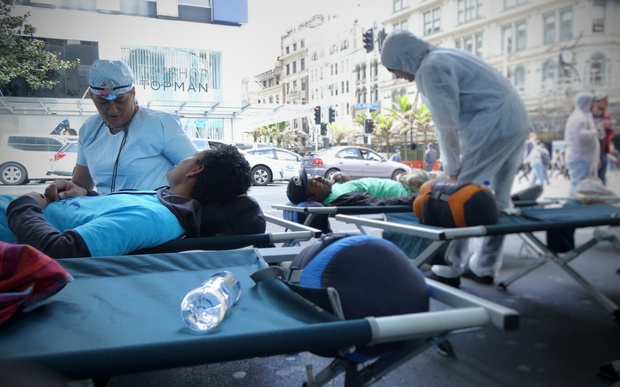 A small protest outside an ANZ branch on Queen Street came two days after Ioane Teitiota was deported to Kiribati, after he failed to become a climate refugee in this country.

The protesters outside ANZ said the bank had billions of dollars in fossil fuel industries and that this is "literally sinking the Pacific".

They erected a marquee full of medical supplies outside its branch, and laid out more than a dozen stretchers to show what a future climate refugee camp could look like.

Saia Mikaele Maiava, from Tokelau, was part of the protest.

"This is very important for us to show what the reality could be if we're not going to do anything about climate change.

"In the end, a lot of our Pacific people are banking with ANZ - it is our money in the end - and we want them to do the right thing with our money," he said.

"We are fighting for our land." 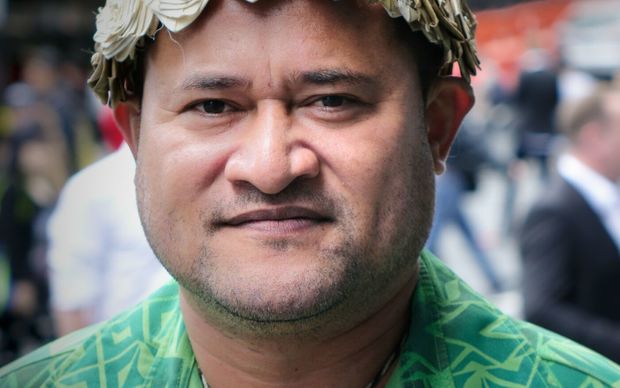 With him were people from a Pacific indigenous climate delegation heading to the Paris Climate Conference (COP21) later this year.

Milan Loeak is from the Marshall Islands.

"This goes to show the reality of the future if corporations like ANZ continue to invest in fossil fuels," she said.

Ms Loeak said the Marshall Islands were "on the front line" of climate change and the nation was facing floods, droughts and their food security was threatened.

The Human Rights Commission today called for the government to boost the quota for people from Kiribati being granted New Zealand residence.

Race Relations Commissioner Dame Susan Devoy said no country evacuated from its ancestral homeland by choice, but this was what Kiribati was planning. 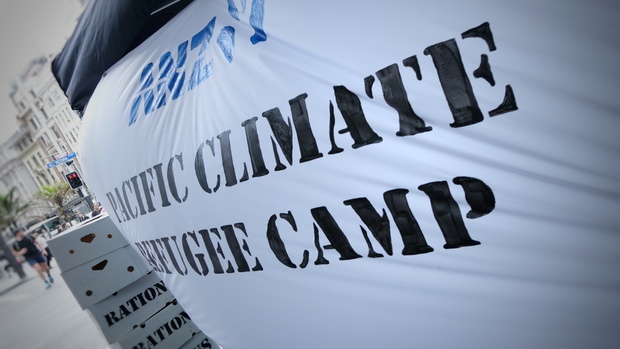 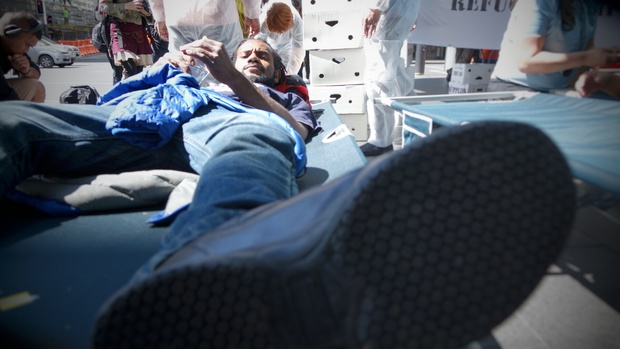 "Increasing our PAC Kiribati quota is an immediate and real way we can show leadership, empathy and humanity as a developed Pacific nation," she said.

Dame Susan added that the Human Rights Commission "remained concerned" about the humanitarian consequences of sending refugee seeker Ioane Teitiota and his family back to Kiribati.

Radio New Zealand asked ANZ to respond to the protest outside its branch and the concerns held by the campaigners.

"We support people's right to express their views and recognise that the transition to a decarbonised economy must be managed responsibly over time.

"All sectors, including finance, have a role to play in supporting the minerals and energy sectors through this change.

"We are continuing to support our customers to transition to a low carbon economy. We want to be part of the solution," the bank said in a statement. 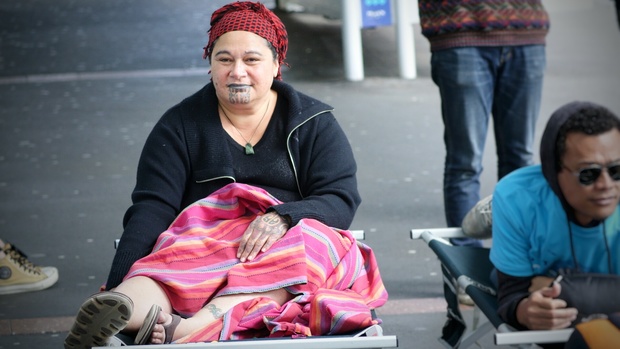 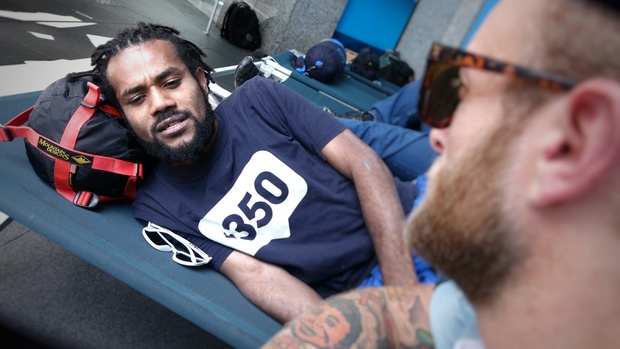