A Taranaki trust has begun legal action to have a group, including a long-standing Black Power member, removed from Maori land in Waitara. 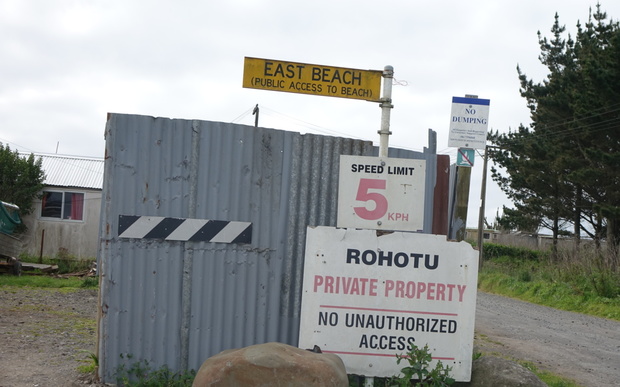 The Rohotu Block Trust manages about eight hectares of Maori freehold land at East Beach, Waitara, under the Maori Land Act and there are about 30 homes on the site.

Trust chairman Vincent Brown said the group moved in about 12 months ago and was not one of its 168 registered owners.

"We've got a squatter on the property and they claim to be tangata whenua which they're not so we are in the process of trying to get rid of them," said Mr Brown.

But the group's leader Kevin Moore said he was a direct descendent of Wiremu Kingi Te Rangitake who led Maori in the Taranaki land wars of 1860, and he had a right to live there.

Mr Brown said the group was upsetting residents - there are about 28 homes on the land, he said. He said residents had been intimidated and he had asked the trust's lawyers to begin preparing a trespass notice.

"They are causing mayhem down there to the rest of our clients." 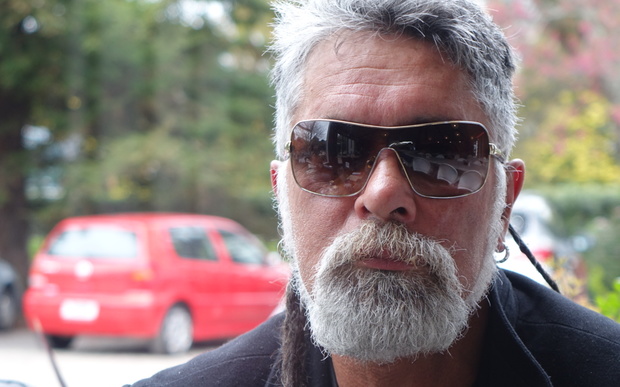 Black Power member Kevin Moore says he has a right to live at the Rohotu Block in Waitara. Photo: RNZ / Robin Martin

In 1992 Mr Moore was acquitted of the murder of a rival gang member. He said he had moved on from the incident, did not want any trouble and had a right to live on the Rohotu Block.

"I am a descendant of Wiremu Kingi Te Rangitake. I have full rights to be where I am. It's the only last remaining piece of land we possess in our family so I'm not even worried about what they are saying."

His family's name had "mysteriously disappeared" from the list of registered owners and he was planning to apply to the Maori Land Court to have it reinstated, he said.

He denied allegations that he had been intimidating his neighbours.

"That's not true. There's probably a couple of old ladies down in the village there that just like talking all the time. They're the ones starting all the rumours and stuff.

"They're probably the ones that are saying they are intimidated, but aside from them two I wave out to everyone like we do every day, ask them if they need help with anything." 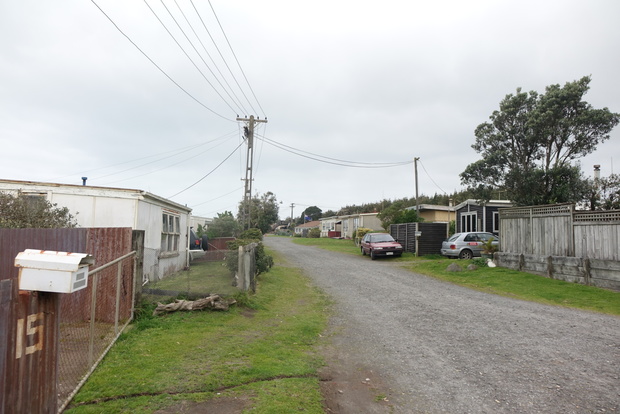 There are about 30 homes in the Rohotu Block at Waitara's East Beach. Photo: RNZ/ Robin Martin

Residents of the block have mixed views about Mr Moore, but no one wanted to speak on the record.

Some said he was threatening and made obscene gestures at them, while others said they hardly noticed his group and were happy with their lot.

Sergeant Bruce Irvine of New Plymouth police said they were monitoring the situation and playing a peacekeeper-style role.

He said police made one drugs arrest at Mr Moore's compound last year but it was unrelated to the current problems. 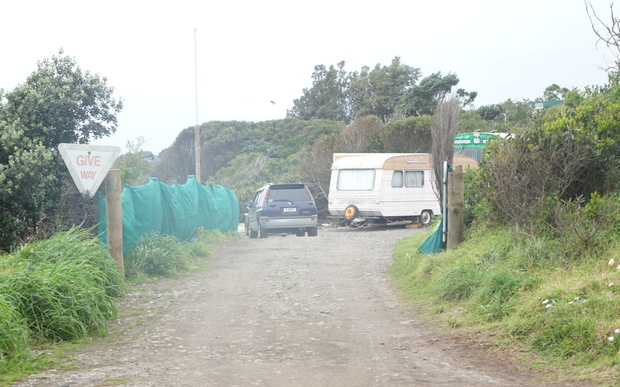 New Plymouth District Council had met with the trust and said it had looked into concerns about septic tanks at the site but found no issues with them.

It had not been asked to investigate complaints about the buildings, but noted that temporary structures were only allowed for up to 12 months.

That is not good enough for Waitara Community Board member Bill Simpson, who stood behind the trustees.

"Obviously the trust is not happy, our townspeople are not happy. People need to do their jobs, I'm referring to the police, the council," Mr Simpson said.

The Maori Land Court said Mr Moore was not listed as an owner in the Rohotu Block.

He was welcome to challenge the list but it was unaware of any application from him to do so, the court said.