Extreme pressure on housing in Queenstown is producing slum conditions for many workers, according to tenants who have contacted Radio New Zealand.

As new workers flood into the resort town, known for attracting wealthy holidaymakers, they are being confronted by a combination of low pay and high rents.

This is forcing many to live in what they describe as squalid, unhealthy and unsafe conditions. 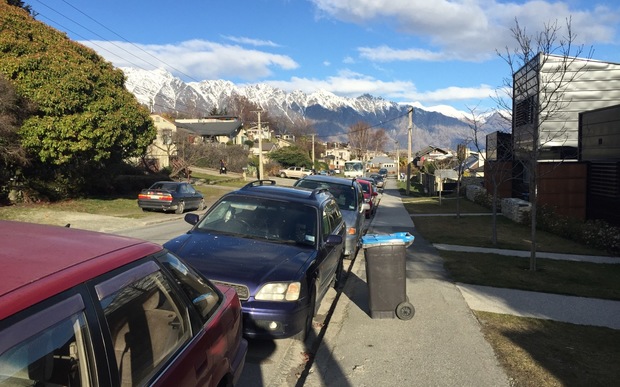 Tenants also claim landlords are asking them to pay rents in cash, avoiding lodging bonds with the Government's Tenancy Services agency, and failing to sign a formal tenancy agreement.

Some rentals are being occupied by four or more people per room, with one property regularly housing more than 30 people.

Tenants are paying between $100 and $200 each for a shared room. Sometimes 300 people apply for just one Queenstown rental vacancy.

Chief executive of Queenstown's Chamber of Commerce Ann Lockhart said the town should stop trying to persuade new workers to come to the region until the problem is fixed.

"If we can't house our workers, then we have a critical problem, that's for sure," she adds.

Tenants told Radio New Zealand that they were threatened with having their hot water and internet turned off as punishment for complaining about living conditions.

Others told of accommodation infested by rats and mice, as well as broken windows, poor heating and broken floorboards - often during the Queenstown winter when temperatures can stay below freezing all day.

One tenant, who refused to be named for fear of being evicted, said that their landlord refused to provide proper heating but had confiscated extra heaters purchased by the tenants.

In the same apartment, housing 17 tenants, some windows were missing entirely, while others were broken or did not close.

Another tenant told of a landlord throwing their passports into the garden because he didn't want to listen to complaints about the property.

Queenstown Mayor Vanessa van Uden said the local council and central Government were both working on a solution and hoped to fast track the building of new housing.

She said the current housing crisis was no excuse to have workers, who make the booming tourist economy possible, living in squalid and substandard conditions.

Council spokesperson Peter Laurenson said the council was specifically concerned about landlords claiming exemption from tenancy rules by pretending to live on the premises.

Ironically, one third of Queenstown's housing is empty for most of the year. The owners of luxury holiday homes simply do not need the extra income. But that puts huge pressure on the housing that is available.

In spite of two million tourists visiting each year, only around 15,000 properties are available for almost 30,000 residents; or 10,000 if the empty holiday homes are excluded.

On top of that, the price of a Queenstown house is now close to being equal to one in Auckland - with $1 million homes now commonplace.

This is pushing up rents at the upper end of the scale with weekly rents for a good quality house now between $700 and $2000 per week.

Social services report that they are seeing Queenstown families in extreme distress as a result of the housing crisis.

One couple rented a house at $700 per week, then after having a baby, found with only one income there was nowhere else to move to and they could not afford heating during winter.

According to Niki Hawke, who runs the Government-funded Strengthening Families support organisation, "even two incomes is no guarantee of survival in Queenstown."