A new era in bus commuting is about to begin in Auckland with 53 double decker buses ordered for major routes. 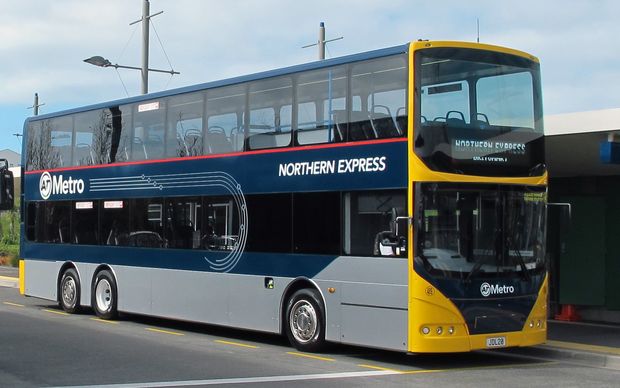 The buses are being bought by NZ Bus, Ritchies, and Howick and Eastern, with the first expected to enter service in October.

Auckland Transport has been preparing major routes for double decker vehicles, which can carry up to 100 passengers, compared with 70 for the largest single deck vehicles.

The buses will run on popular routes such as the Northern Busway, Howick-Pakuranga Highway, and Mt Eden Road where seating capacity will be boosted by nearly 80 percent.

Double decker buses are used by long-distance and charter operators, but the Auckland fleet will be the country's first for urban commuting.

Services will next year extend to western routes along Great North Road, and south along Manukau Road.

About half the buses will be built in Tauranga by Kiwi Bus Builders, while the others will be fully imported.

Kiwi Bus Builders managing director Richard Drummond told Checkpoint the contract was worth more than $20 million, and his company would work with British company Alexander Dennis.

"We're importing their access to worldwide technology and what that means is rather than trying to create and do the number eight wire ... thing in New Zealand and create a double deck bus, we're working with the largest double deck bus builder in the world."

Mr Drummond said it was an exciting time.