An east Auckland bus company has bought a fleet of double-decker buses, set to be on the roads by the end of the year.

Parent company of Howick and Eastern Buses, Souter Investments, has invested $12 million into 15 of the buses. 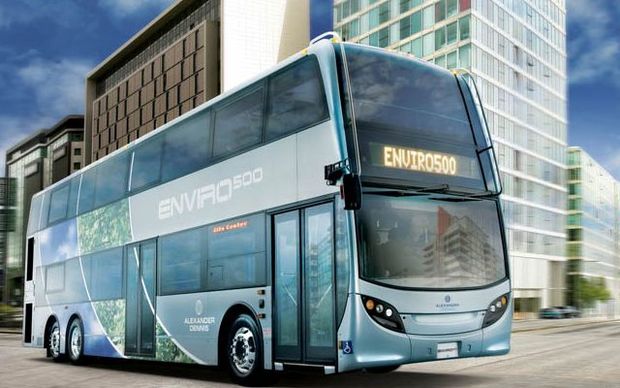 The ADL Enviro 500 is to be used on the east Auckland route. Photo: Supplied

Each bus can take 90 passengers - almost double the capacity of the current buses on the route.

General manager of Howick and Eastern Buses, Sheryll Otway, said the buses are also geared towards people's busy, connected lifestyles, with wi-fi, usb ports, and power points at each seat.

She said passenger numbers in the area had been growing strongly over the past year, so the buses will run between Botany and downtown Auckland.

Chairman of Auckland Transport Lester Levy said it was an excellent step forward.

Dr Levy said all but two of the buses would be built by Tauranga business Kiwi Bus Builders.