New branding and colours for most of Auckland's buses have been unveiled today. 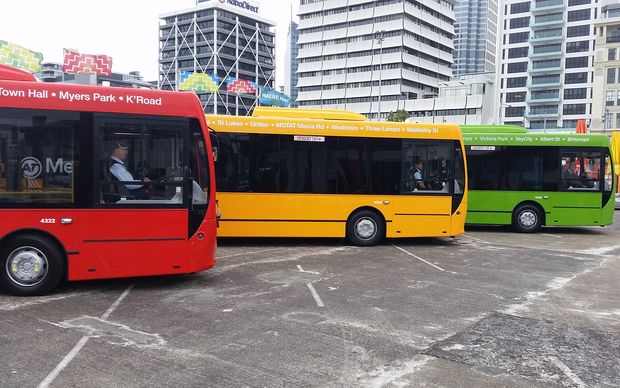 Auckland Transport has unveiled a new brand and colour scheme for most of the region's buses. Photo: RNZ / Henry Acland

Colours for some existing routes would remain, such as the LINK services, Northern Express and the Airport buses, Mr Loftus said.

However some of the long-standing colours and branding used by operators Birkenhead Transport and Howick and Eastern would be phased out.

The new paint jobs would happened only when buses were due for a re-paint.

"As older buses are retired, as new buses come into the fleet, they'll be painted with the new colours," he said.

"As buses that are kind of middle of the two of those come up for a repaint, as they do every two or three years, they'll be repainted in the new livery."

The move was not costing ratepayers anything, Mr Loftus said.