The Christchurch Catholic Diocese has been granted permission to take down parts of its earthquake-damaged Basilica, in order to restore parts of the building. 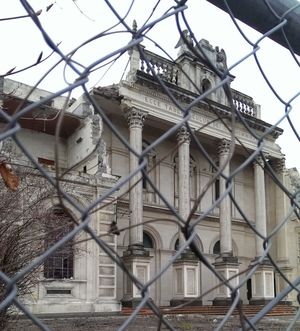 The process is expected to cost $45 million.

The Cathedral of the Blessed Sacrament, which is registered as a Category One heritage building, will be dismantled piece by piece, with the aim of saving the nave of the building.

The deconstruction was commissioned under section 38 of the Canterbury Earthquake Recovery Authority (CERA) Act.

It must follow a demolition plan put together by the diocese and its representatives which follows a 12-stage test-hold process, where each stage must be approved by CERA before work commences.

The diocese has put a cap of $45 million on the project, including the cost of deconstruction, and is looking to raise $15 million to meet part of the total.

The Cathedral of the Blessed Sacrament, also known as the Basilica, has not used since the magnitude 7 quake in September 2010.

Further damage caused by the February 2011 quake, and another in June that year left it unsafe to enter.

Bishop Barry Jones said being able to start the restoration process was a positive step.

"We couldn't be happier, we have been waiting for the clearance from CERA and now we have it, we can now move forward it is a huge relief," he said.

"People in the diocese are over-joyed, like most people they would hate to see the building come down, at this stage we don't know but at least we can find out."

Bishop Jones said he used to hold Mass at the cathedral each week and had many fond memories of being inside.

"Architect Sir Miles Warren said the inside of the nave is the most beautiful interior of any building in New Zealand and who am I to disagree with him."

"It means a lot to me and lots of families who were baptised and married here."

Property and development manager for the diocese Keith Beal said the aim was to deconstruct parts of the damaged building to be able to restore the nave.

"Obviously we won't be pulling everything apart, we will go in and figure out what needs to be done in order to restore the nave, so some parts of the building will not be touched at all."

Mr Beal said all involved are very confident things will go to plan but the worst case scenario is there is something lurking in the structure or in the land that could not be anticipated.

"If we can't retain the nave we would then have to go back and look at constructing a new cathedral on the same site."

He said the initial process of establishing if the nave can be restored and designing the restoration would start later this year and be finished by the end of next year.

The cathedral was expected to be opened in 2018/2019 - if the restoration went ahead.

The city's diocese has had an insurance payout for all its damaged properties, including school and parish buildings.