The first sod has been turned for the construction of the $458 million Huntly section of the Waikato Expressway. 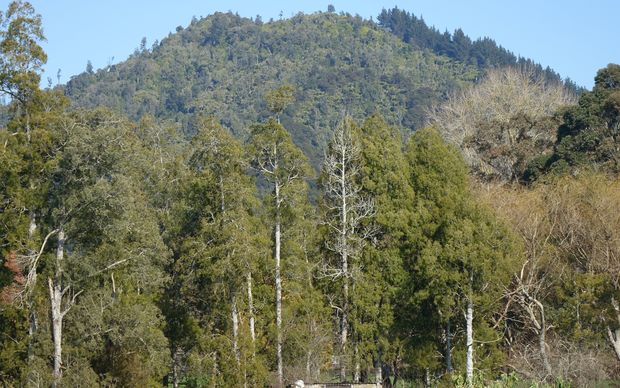 Taupiri Mountain, where the Huntly section of the Waikato Expressway will be built behind. Photo: RNZ / Andrew McRae

Minister of Transport Simon Bridges and the Maori King's eldest son, Whatumoana Paki, did the honours today at a ceremony on farmland at Taupiri in North Waikato.

The 15.2 kilometre stretch of road will bypass Huntly and be built behind Mount Taupiri.

The section is part of the planned 102-kilometre expressway between Cambridge and Auckland, which once completed will also bypass Ngaruawahia.

The Huntly section is the fifth of seven sections to be built. 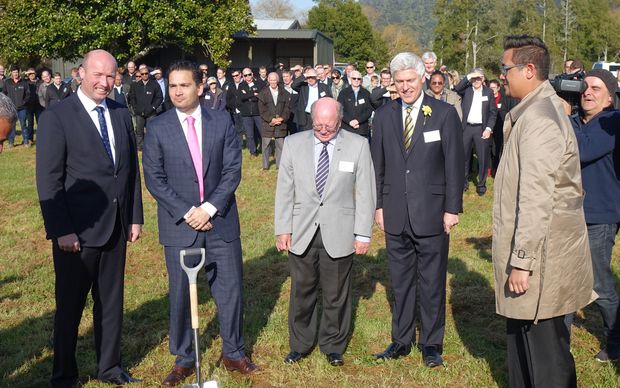 Waikato Mayor Alan Sanson said the new road would do wonders for the local economy, and the towns would not suffer from the development.

"Those towns have already had developers looking at their opportunities and Ngaruawahia has already got a large housing development - that's actually on what was old State Highway One, [it] is now what we call local road, which makes it a lot easier for them to get access points," Mr Sanson said.

"It's no different than Huntly, and some of the people that own land that are actually planning for redevelopment of that land."

Mr Sanson said the Huntly section would be a construction challenge due to the area's hilly terrain.

The project will take four million cubic metres of earthworks, including a cutting through the Taupiri Range, and will require nine bridges to be built.

State Highway One between Hamilton and Huntly is classified as the highest risk road in New Zealand, based on the number of fatal and serious injury crashes per kilometre.