Security was tight at the Northland Regional Council today after protesters occupied the building's carpark to object to deep-sea oil drilling. 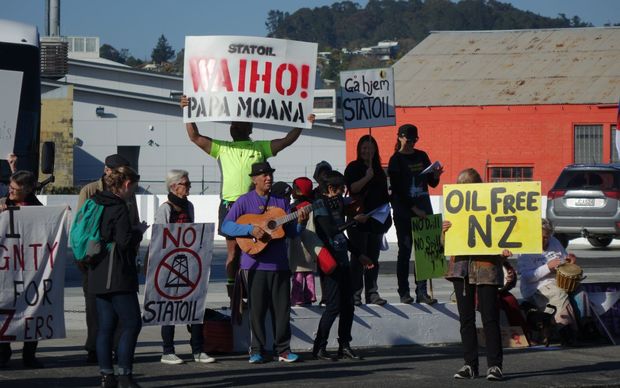 The council and its Māori advisory committee were meeting behind closed doors with government officials and Statoil, a Norwegian company planning to prospect off the Northland coast.

Up to 100 people lined the pavement outside the council building and took over the carpark this morning for a rally against Statoil.

Greenpeace campaigner and veteran activist Mike Smith led the protest, which attracted Māori and Pākehā of all ages and from all parts of the north.

Security guards kept everyone but staff and invited guests out while, inside, the council and Māori committee members grilled government officials about how Statoil's activities would be regulated.

The protesters were not happy at being shut out, nor with Statoil's approaches to iwi leaders to inform them of its plans.

There has been mounting anger recently over the failure of Northland councils to notify tangata whenua of projects that affect their interests. Examples are a water-bottling plant planned for Poroti, and a subdivison planned for Riverside in Whangarei.

Kaumatua Fred Tito, who is known for his quiet courtesy, stunned the rally by using the "f" word in calling on Statoil to depart.

The Te Parawhau elder said his frustration simply boiled over.

"Because they go behind closed doors again, which has been happening so often," he said. "They talk about consultation, but if they're not going to talk to us, you fellas should go home. [You're from]... another country and you are trampling on our rangatiratanga, the rangatiratanga of all of us." 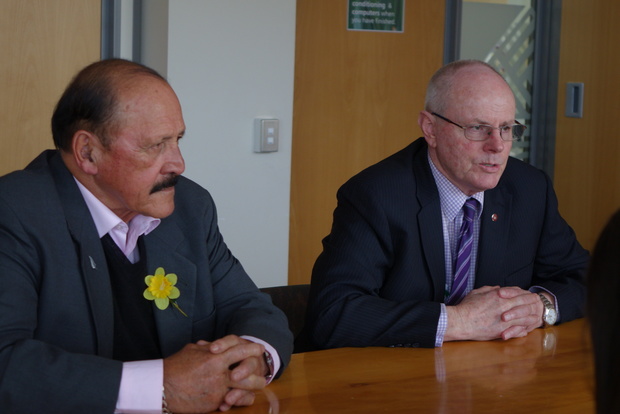 Northland Regional Council chair Bill Shepherd said the aim of meeting government officials was not to shut people out, but to hold a workshop for councillors and the Māori advisory committee to "get a handle" on who regulated offshore prospecting and drilling, and how the regional council fitted into the picture.

He said the government officials had made it abundantly clear that it did not fit in.

"All of the work that Statoil is doing at this point in time is outside the 12 nautical mile limit, so it's outside of our area of jurisdiction," he said. "However, it's really important that the councillors and our Tai Tokerau Māori advisory committee members have a good handle on where the areas of responsibility are.

"We would actually have no way of gaining any economic benefits for a commercial oil venture," he said. "But it seems that if there was a spill, then we would have a ratepayer obligation to pick up [the] significant cost of the clean-up."

Mr Shepherd said that was not acceptable and the council would take up that point with the Crown.

He was pleased to find out, however, that one organisation without an economic agenda was involved in the regulation of the petroleum exploration industry: WorkSafe.

"To me it is quite comforting that there is a watchdog over the watchdogs, if you like. So that where we have no jurisdiction over the decision of the other Crown agencies, there is at least one Crown agency that doesn't have that economic imperative and makes sure the safety issues are well-covered." 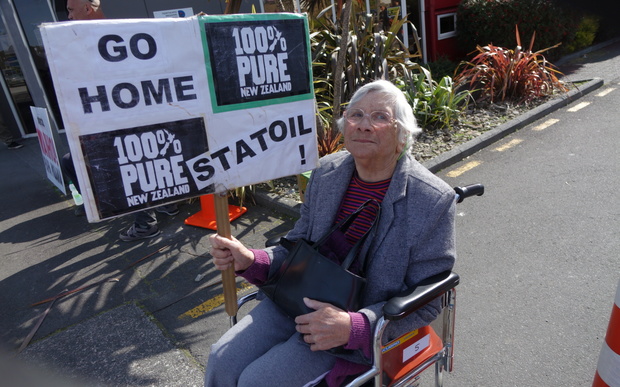 Mr Shepherd said the regulators of Statoil's activities would be the Environmental Protection Authority, the Department of Conservation and the Ministry for Business, Innovation and Employment. There was no statutory requirement for any of them to consult tangata whenua, or anyone else.

The chair of the council's Māori advisory committee, Dover Samuels, said he had asked officials directly how they intended to involve tangata whenua in the process.

"I'm afraid I've got no confidence in their reply."

He said they had very clearly said they were just there to inform "and in my view that's absolutely not good enough".

Mr Samuels said he had a lot of sympathy for the protesters and their frustration.

"Well, it's not. And [the officials] made that very clear. But unfortunately some of our people still believe it is. "

He said the companies working in the Taranaki Basin exported more than $1 billion worth of gas and oil each year.

He added that the industry had operated without significant mishap for 25 years.

"I think that's something that tends to get lost in public debate," he said. "There's been more than 200 wells drilled offshore since 1979, so it's not new.

"And even in the Northland region there's been a number of wells drilled over the years, so this is a long-term industry, we've got experience operating in New Zealand." 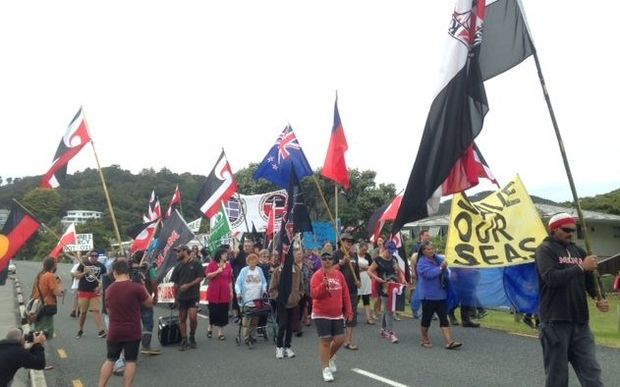 But the protesters were adamant that mining the seabed off the coast of Tai Tokerau would never be acceptable.

Some said the world needed to reduce its reliance on fossil fuels, and companies should not be looking for more. Others saw it as too great a threat to the coastline and marine life, no matter how well the risks were managed.

And some, like Mr Tito, saw it as an insult and an injury to "mother earth".

Members of the regional council's Māori advisory committee shared many of those views. But they said it was best to be informed about what was planned, and how the system worked, so Māori organisations and their environmental arms would be well prepared to react to any application to mine for gas or oil, should it come to that in a few years' time.

And that, they said, was the point of today's meeting.

The protesters missed seeing Statoil representatives because they were whisked into the council building by the back door. But the objectors left a calling card - a dead fish at the front door. 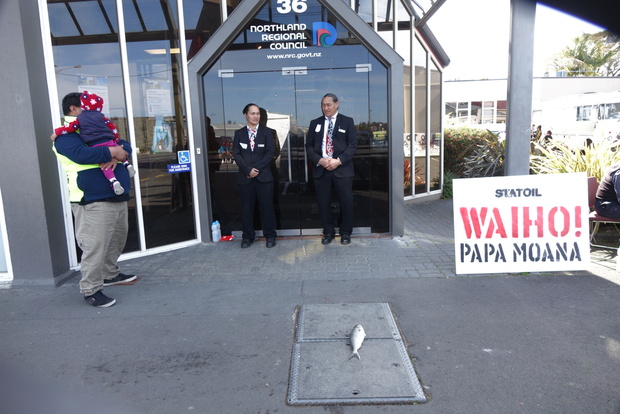