A Far North hapū is demanding the mining, oil and gas exploration industries engage more with Māori when they want to drill in their rohe. 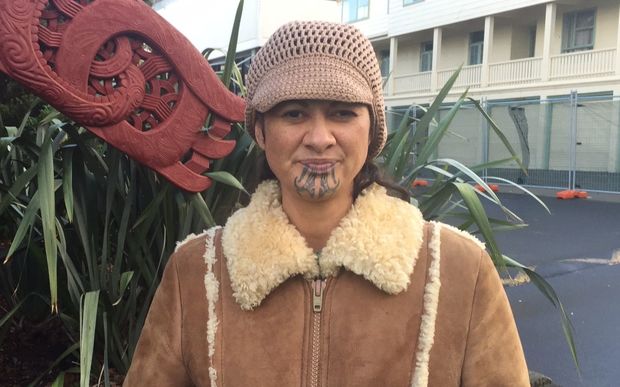 The issue was raised at a conference in Auckland where Māori and industry representatives came together to discuss the problem.

It said the area was spiritually significant and one of the most sacred places in Aotearoa.

A member of Te Ahipara Kōmiti Takutaimoana, Catherine Murupaenga-Ikenn, said the Government was too hands-off in its approach and that more needs to be done to engage with Māori during the permit application process.

"We know there's a declaration of rights and independence, we know there's a Tiriti o Waitangi, we know there's legislation and such, but what's on paper and what happens in practice is like two different universes. The reality is they aren't implementing what their obligations are," she said.

Ms Murupaenga-Ikenn said mana whenua did not always get a response when they voiced their concerns to the Government.

"It's like we have nowhere to go. We contact the oil company [and] they're passive-aggressive, they don't give us all the answers to the questions we have, they don't give us the information we want. You go to New Zealand Petroleum and Minerals Association and they seem not to be able to help either."

But Environmental Protection Authority chairperson Kerry Prendergast defended the agency's record of engagement and said it had strict criteria to ensure Māori were consulted.

However, there had been a drop in the number of tāngata whenua taking part in meetings due to the demands being placed on them, she said.

"One of the challenges are that iwi are under so much pressure to respond on so many different levels within New Zealand, particularly post- settlement, they're pulled in too many directions.

"That's one of the challenges where iwi feel they're not having a fair say, what we have to do is encourage young people as they grow up to have the skill set to help participate."

Petroleum Exploration and Production Association chief executive Cameron Madgwick addressed the issues raised by Ms Murupaenga-Ikenn at the conference and said oil and gas companies needed to do more.

"I do acknowledge your very real concern and there's probably nothing I can say to you that can help build a relationship of trust.

"What I can say is that is what I want to do, and we do that by trying to have a dialogue, trying to understand each other's perspectives and positions and I'm hearing from you that our industry isn't listening and isn't hearing you, so that's telling me we need to do much better."

The industry and other groups did not provide the funding for Māori to get involved, Mr Madgwick said.

"We place a strong legislative view on a need to engage, but the industry or the Government don't provide any funding or resources to enable the capacity to be there to engage with us, that imbalance can lead to some sort of adverse outcome."

Te Ahipara Kōmiti Takutaimoana has filed a claim accusing the Government of breaching the Treaty of Waitangi.

The group said it failed to get the consent of mana whenua when Statoil applied for deep sea oil permits around Te Reigna Basin.