Auckland Council is reviewing its ownership of its golf courses, some of which could be sold to developers to help ease the housing shortage. 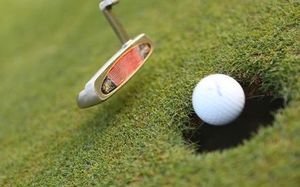 The council's strategy manager Jim Quinn said the review will look whether best use is being made of the land.

He said some could be used for parks and recreation facilities, or housing, but it was too early to say what the outcome of the review will find.

The land is worth about $40 million and some of the golf courses owned by the council pay just $1 in rent a year.

Mr Quinn said the review would look whether best use is being made of the land, but it was too early to know whether any would be sold for housing development.

"That's a downstream debate if the answer is that there is surplus," Mr Quinn said. "For us there's a real balance to be achieved between green space, sport space, art space and all of those things but within the context of that it's important we are always looking at whether the assets we have are in the right place for what the community needs."

He said some could be used for parks and recreation facilities, or housing.

The Property Council, which represents commercial developers, welcomed the review.

Its chief executive Connal Townsend said all public green spaces needed to be looked at.

"There is now an almost catastrophic shortfall in terms of land that we actually need to meet even the minimum targets of supply, if we're going to address the housing crisis," Mr Townsend said.

"If we were looking at designing the new Super City top-down, we should be looking at where the population pressures are."